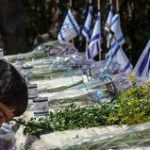 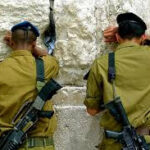 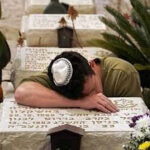 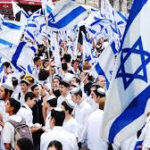 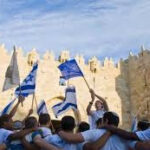 Established unofficially in 1948, and enacted into law in 1963, the 4th day of the Hebrew month of Iyar was decreed Yom Hazikaron, Israel’s Memorial Day, a day to honor and memorialize those who fell in service to the State.

This year, Yom Hazikaron is on Monday, May 1,and like all Israeli holidays, begins the evening before.

According to Arutz Sheva,

On the eve of Israel’s 57th Memorial Day, the Defense Ministry published the official figures of the number of fallen soldiers in Israel.

Twenty-three thousand, five hundred and forty four Jewish and Israeli soldiers, policemen, and guards have fallen in defense of the State of Israel and the pre-state Jewish community from 1860, when the Jewish community of Jerusalem expanded beyond the walls of the Old City and began to provide its own security, until today.

Sixty casualties have been added to the number of fallen soldiers since last Memorial Day (May 6, 2016), Additionally, 37 IDF veterans died over the past year as a result of injuries they received in combat.

The number of bereaved families in Israel in 2017 includes 9,157 bereaved parents, 4,881 widows of IDF soldiers and security forces, 1,843 orphans under to the age of 30, and thousands of bereaved and orphaned children over the age of 30.

A one-minute siren will be heard all over the country on Sunday, 4 Iyar, April 30th, at 8:00 p.m., marking the opening of Israel’s Memorial Day for fallen soldiers. Immediately after the siren, the memorial rallies will begin. On Monday, a two-minute siren will be sounded, followed by state memorial ceremonies and memorial ceremonies throughout the country.

It is a humbling and exhilarating time to be in Israel; to mourn while remembering fallen loved ones, and then to celebrate the rebirth of the State of Israel and the freedom and security it affords to Jews in Israel and worldwide.

AFSI’s Chairman Mark Langfan pens another thought-provoking piece in Arutz Sheva. Focusing again on Iran and the politics and economics surrounding Middle East oil, Langfan considers how President Trump can confront and even beat Iran. He comes up with a simple, yet ingenious, idea: via Twitter!

Trump’s and hence America’s greatest weapon is called “Twitter.”  Trump can defeat Assad and Iran in Syria without virtually ever firing a kinetic weapon, but by firing Tweet-bombs about Assad and Iran anti-Arab campaign of death instead.  And to weaponize his Tweeter feed, Trump has to first understand what the Middle East’s fight is all about:

Oil. Locate the oil, and you’ll understand what the fight is all about.

The entire Middle East conflict is about the Iranian Persians perversely using the false flag of Shia Islam to incite the Arab Sunnis and Arab Shiites to commit mutual genocide.  It’s the old method of divide and conquer the Arabs to steal their oil.

Once Trump thoroughly understands Iran’s divide-and-conquer-the-Arabs plan, using  false-flag Sunni-Shia self-genocide strategy, he can begin to Tweet about it effectively.

The 21st century Middle East War is a war of the mind where the United States must fight in the mind-to-mind combat battle space. President Trump has to use the 21st weapon of Twitter to effectively and tersely reach the minds the enemy and ally alike.

Against Iran, Trump’s twitter is mightier than his sword