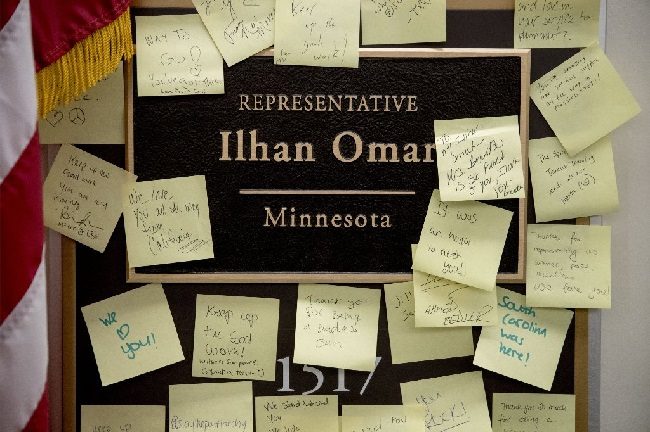 “What she said is so deep-seated in her heart,” stated President Trump when asked to comment on Senator Omar’s anti-Semitic rants. AFSI thanks the President for speaking the truth in support of Israel and the Jewish people. Watch him speak HERE.

Vice President Mike Pence reprimanded Omar’s tweets saying they’re “… a disgrace and her apology was inadequate. Anti-Semitism has no place in the United States Congress, much less the Foreign Affairs Committee. Those who engage in anti-Semitic tropes should not just be denounced, they should face consequences for their words.”

THANK YOU to everyone who heeded our ACTION ALERTS and called out Omar for what she is: Anti-Semitic. Your efforts matter and together we can go even further in effecting change!