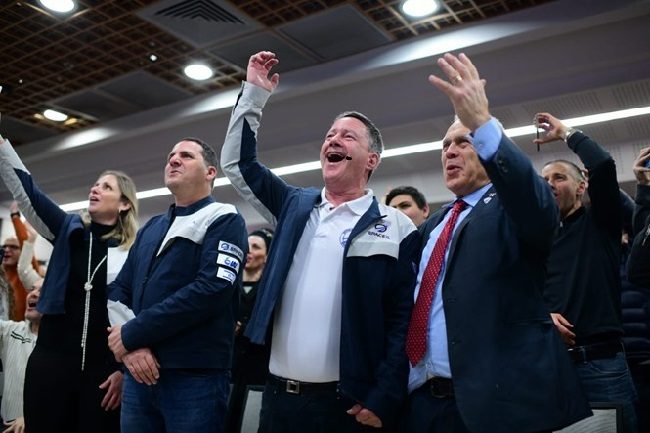 A source of national pride for Israel, this historic endeavor of Space IL’s launch is privately funded. It will also be the least expensive launch to the moon paving the way for commercially viable travel to the moon. Successful lift off from Cape Caneveral, Florida took place Thursday night.

Beresheet spacecraft was placed in Earth orbit, then begins a seven-week trip under its own power to reach the Moon and touch down on April 11 in a large plain.

Keeping track: Beresheet successfully completed its first maneuver toward the moon after detaching from its launcher and completing its planned orbit of Earth.

On this same subject, we like Rabbi Michoel Green’s Arutz Sheva OpEd.