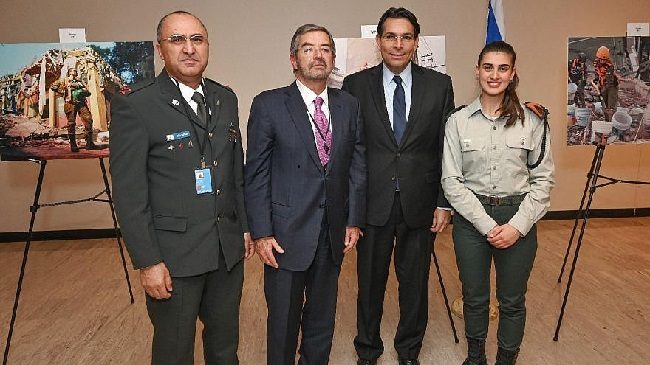 This initiative was the brainchild of Israel’s Ambassador to the United Nations Danny Danon who stated that the presentation was curated to show people “the real face of Israel.”

A beautiful documentary was shown highlighting many of the countries Israel has sent aid to. Key points: Israel is almost always the first country to arrive and is fully set-up with equipment for every possible kind of need. Some doctors and volunteers interviewed said that they don’t even wait for the Israeli government to call asking for their services – they call the government and ask to be sent to the country in crisis. One recipient of Israel’s aid interviewed noted that Israel gets to work right away, while other countries take too long to move into action.

It’s all a part of the Jewish people’s mission of bringing light unto the nations – Chesed. That’s the real Israel.