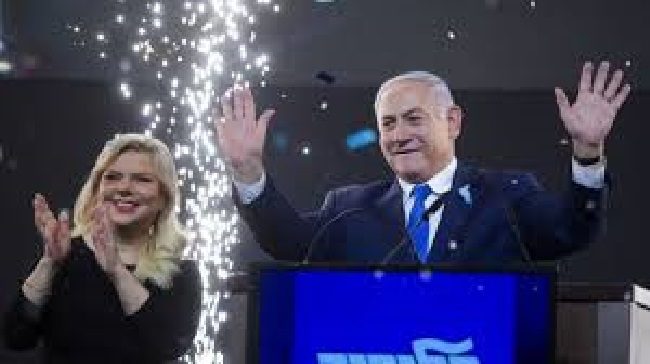 President Trump feels that a better chance for peace is possible with Netanyahu. AFSI agrees with this. Netanyahu has consistently delivered stability, along with military and economic security. We feel confident this will continue and provide continued safety and security for Israel.

What about Netanyahu’s last minute promise to annex all the “settlements” in Judea and Samaria? Will he make good on this? Promptly? Is it tied into the highly anticipated Trump peace deal? We’ll be following this closely.

What’s going on here…we’re hanging in the balance!! Is a bug to blame? Arutz Sheva reports that data appearing on the Election Committee’s website early today shows that Ayelet Shaked and Naftali Bennett’s New Right Party received 3.26 percent of the vote. Previous results showed them at 3.25% but the latest figures coming in show the New Right short of the 3.25% of the vote needed to enter the Knesset. Will there be a recount? Stay tuned! Our sources say the final results will be available by 7am EST.

IsraelVotes2019 | What Should be the Priorities for the New Government? ~Brig. Gen. (Res.) Yossi Kuperwasser. AFSI met with Yossi on our April 2018 Chizuk Mission to Israel.