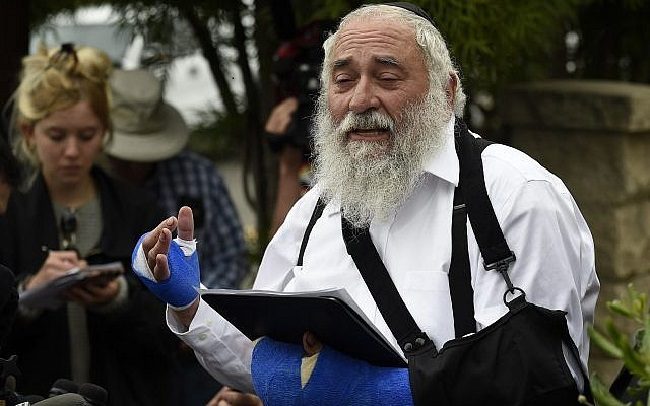 What happened in Poway, California this past Shabbat is what the residents of Sderot, Israel experience on a regular basis. SHEER TERROR AND A FIGHT FOR THEIR LIVES.

It happened again in America. On Shabbat morning, around 11:30 am Pacific time, when a lone gunman entered the Chabad of Poway in California and began shooting. One woman, Lori Gilbert Kaye, aged 60, was killed trying to protect the Rabbi (she’s pictured here). Some are saying she’s the heroine who took a bullet for everyone. Rabbi Yisroel Goldstein, leader of the Chabad of Poway, pleaded with the gunman to stop but was shot at. Goldstein lost one finger on his right hand and had surgery for a finger on the left hand. Almog Peretz, 34 years old, and his 8-year old niece Noya Dahan sustained non-life threatening injuries.

Sderot resident Peretz was visiting his family in Poway for Passover. Before moving to Poway, the Dahan family moved to Mira Mesa, CA from Sderot, Israel. In their new home in American, they experienced anti-semitism in 2015 with swastikas spray painted on their home. See HERE. It’s ironic that Dahan and her family moved from Sderot to American in order to get away from the rocket attacks on Sderot.