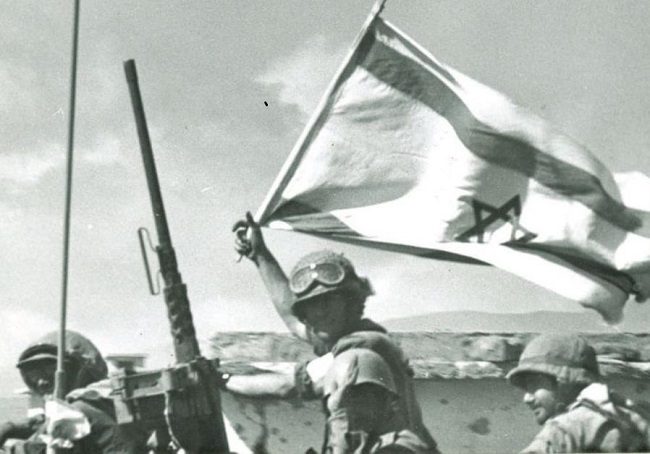 During this morning’s speech at the state memorial ceremony for the fallen soldiers of the 1973 Yom Kippur War, Prime Minister Benjamin Netanyahu stated that Israel will never be dependent on other countries for its self-defense. He also warned Iran that it would not ignore its constant threats to destroy Israel.

The lessons from the Yom Kippur War are very clear and relevant to today: Israel cannot not afford to sit idly by as dangers to its existence increase.

“The IDF is prepared to pre-empt any threat, defensively and offensively, with crushing strength, in weaponry and in spirit,” Prime Minister Netanyahu said.

With President Trump’s announcement of US withdrawal of troops in Syria, and in the event Iran attacks Israel, can Israel still rely on the US? What are concerns for Israel now? David Horovitz discusses in his Times of Israel analysis HERE.

Read our own Helen Freedman’s letter to the editor of The New York Post below.

Trump’s decision to have the U.S. quit Syria leaves the Kurds, who have been remarkable fighters and allies of America, to fend for themselves. Surrounded as they are by Iraq, Syria, Iran, Turkey and Armenia, the Kurds are about 35 million people without a country. Despite this, with America’s help, they succeeded in routing ISIS, the fearsome jihadi terror group. With America out of the picture, it is likely that ISIS will be encouraged to regroup.

With all of Trump’s positive and courageous actions in Israel and the Middle East, it is believed that his greatest accomplishment was withdrawing from the Iran nuclear deal in May 2018. That “deal” was an Obamanation which gave Iran great wealth and sanctions relief, enabling Iran to advance its ballistic missile program and spread weaponry amongst its satellites in the Middle East. In addition, Iran is attempting to create a land bridge to the Mediterranean by conquering a direct path through Iraq and Syria into Lebanon where Hezbollah has thousands of missiles aimed at Israel.

As America retreats from Kurdish controlled Syria, Senator Lindsay Graham, one of the foremost experts on national defense, and Senate Majority Leader Mitch McConnell, along with former US Ambassador to the UN Nikki Haley, all strong supporters of President Trump, have been critical of his decision. The Kurds consider it a “stab in the back.” Israel is alarmed as to what this means in terms of strengthening Iranian resolve to eliminate the Jewish state. Trump is accustomed to using economic muscle to convince leaders to keep their promises and behave. It usually doesn’t work with despots. Trump declares he will only fight where it is to America’s benefit. Proving that America is a reliable ally might be of great benefit. Let’s hope the President will reverse his decision on abandoning the Kurds.