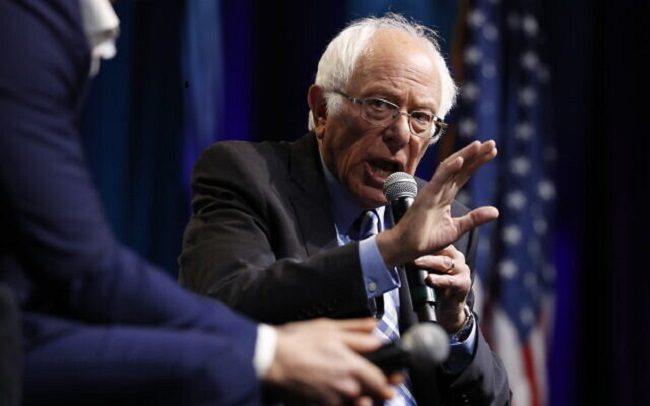 This week, US Senator from Vermont and current Democratic candidate for President, Bernie Sanders, made another ignorant and foolish comment regarding Israel. (While Sanders’ comment was the worst, this report by prof. Eytan Gilboa talks about all Democratic candidates and their need to attack US Military aid to Israel.)

Speaking at the JStreet Conference on Monday, Sanders stated he believes that US military aid to Israel should be given to Gaza instead for humanitarian aid.

Does Sanders truly believe this is the right thing to do? Or is he playing virulent politics against Israel to bolster himself? Maybe he’s just downright ignorant of fact. A self-hating Jew, possibly. He does believe in Israel’s right to exist (not in any form that would allow for a safe Jewish state). So what’s his problem?

WE ALL KNOW BETTER AND AFSI CALLS THIS OUT FOR WHAT IT IS: ANTI-SEMITISM.

Senator Sanders, your comments foment the hate that harms Israel and the Jews. Shame on you, Bernie Sanders!!