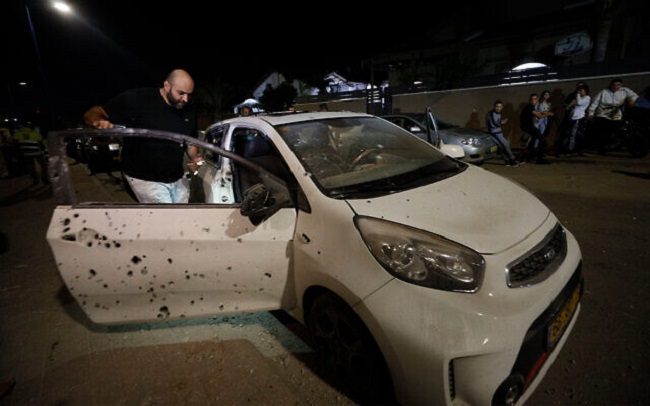 Friday night, Arab terrorist groups fired 10 rockets into Israel. One house in Sderot (owner Rinat Cohen) sustained damage but thankfully it’s a miracle there were no injuries. The photo here shows a car hit by shrapnel.

Sderot Mayor, Alon Davidi, called for an operation to eradicate Hamas. How much longer can the residents and their children in the South live this way?

According to the IDF, Israeli Air Force jets carried out strikes back at Hamas targets in response to the launching of rockets from the Gaza Strip into Israeli territory earlier in the evening. “The IDF sees with great severity rocket attacks against Israeli territory, is in a high state of readiness, and will continue to act as necessary against attempts to harm Israeli civilians.”

While Israel believes PIJ was behind the rocket barrages, the IDF holds Hamas responsible “for all acts in and emanating from the Gaza Strip.”