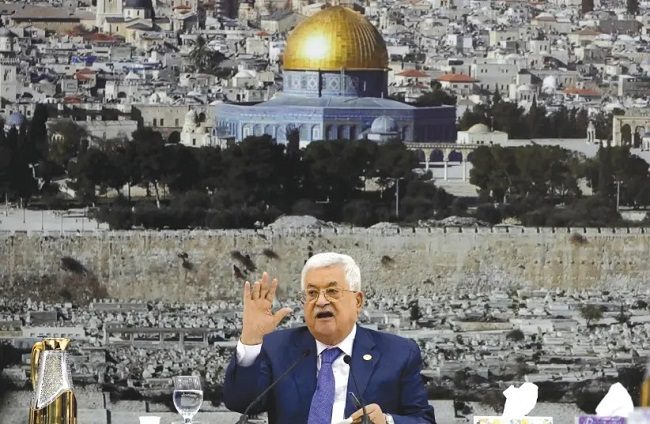 According to the PANPA, their mission is to “reassert full Palestinian sovereignty over the whole of its territory on the 1967 borders; to end Israel’s illegal, methodical and continuing expropriation of Palestinian land, resources and water; to lift the protracted siege of Gaza while ensuring a geographical link with the West Bank; to cease and reverse Israel’s calculated attempts to dismember east Jerusalem from the rest of Palestine; and to dismantle the illegal separation wall that entraps tens of thousands of Palestinians.”

Let’s not forget that the EU, in continuing violation of the Oslo Accords, also provides financial support for PA residents who move illegally into Area C, which under the accords is under full Israeli control. These Palestinean Arabs build homes without obtaining permits. The EU also funds illegal building by Bedouins in Israel as well as the NGOs which defend the Bedouins in the legal system.

Neither the EU nor the PA refer to history, since the connection of the Jewish people to the Land of Israel is well documented in text and archaeology. This joint effort is nothing more than an ongoing effort to demonize and delegitimize Israel, the only Democratic peace-loving nation in the Middle East.