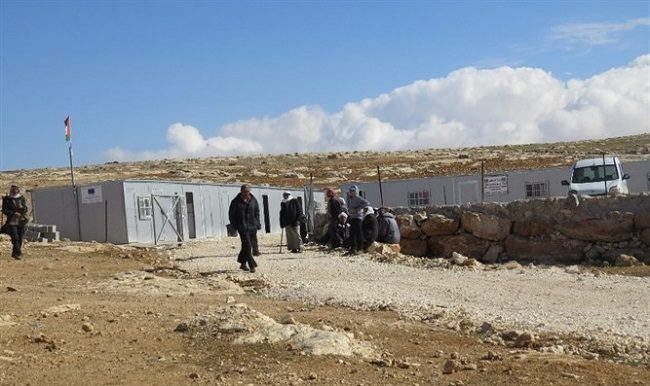 Less than 24 hours after the European Union’s Foreign Minister, Josep Borell, declared that “steps towards annexation [of the Jordan Valley and other parts of the West Bank], if implemented, could not pass unchallenged,” European threats have been turned into action.

On Tuesday, the European Union announced a special grant of 6 million euros to illegal outposts established by the Palestinian Authority as strategic tools for territorial annexation in Area C.

“The absurd claim that Beit El, Hebron, the Tabernacle of Shiloh, the Hasmonean palaces, the Herodion, the aqueduct system built to supply water to the Holy Temple in Jerusalem and a host of other world-heritage treasures that cover the landscape of ‘Area C’ were ever Palestinian holdings that have been “occupied” by the Jewish State is a thin disguise for old-fashioned European antisemitism,” said Meir Deutsch, Director General of Regavim.

“It is deeply rooted antisemitism that motivates the European Union to support the illegal Palestinian takeover of thousands of dunams of land and the construction of tens of thousands of illegal structures in Area C. It is antisemitism that emboldens the Europeans to violate Israeli law, to violate international law, and to violate the Oslo Accords. The funding provided to the Palestinians by the Europeans has one purpose only: To seize control of territory that is under the sole jurisdiction of the State of Israel.”

The European Union repeatedly turns a blind that serves to justify terrorists and their illegal activities while it continues its campaign of anti-Israel destruction. We think its high time the EU was held accountable.