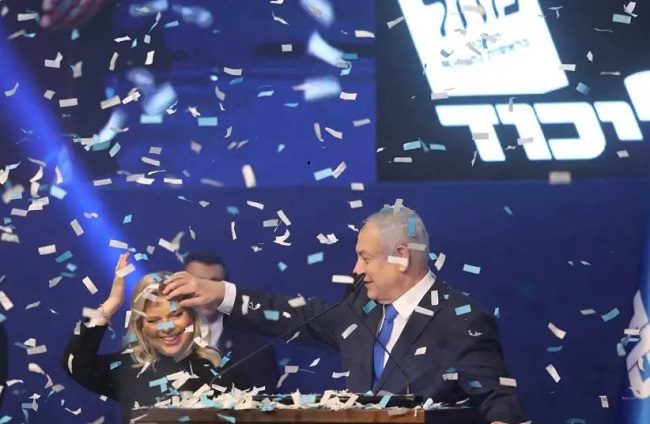 Netanyahu immediately convened his bloc of right-wing parties on Tuesday to celebrate his victory in Monday’s election. The process of forming a new governing coalition has begun.

The MKs decided that they would continue to coordinate as one bloc under Netanyahu’s leadership in order to form a right-wing government as soon as possible. They also decided to not rule out adding other parties except the Joint List.

“The country had its say,” a Likud spokesman said. “The people want a nationalist government under Netanyahu.”