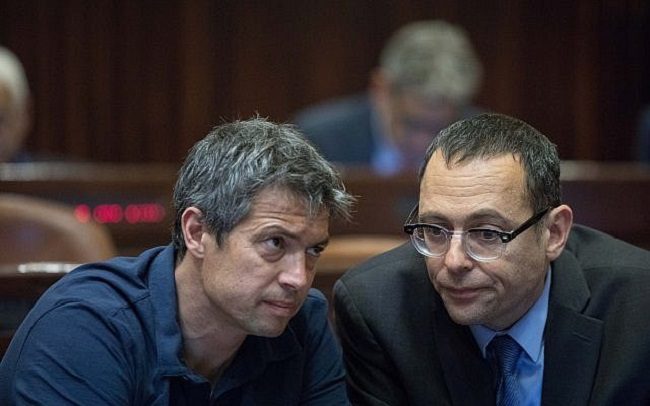 Yoaz Hendel and Zvi Hauser are members of Moshe Ya’alon’s Telem’s party that makes up Blue & White along with Yair Lapid’s Yesh Atid and Benny Gantz’s The Israel Resilience Party. Ya’alon met with the two MKs on Sunday in an attempt to persuade them to back the minority government but apparently to no avail.

Sources in the Blue & White said the party has a two-step plan in an effort to avoid the fourth elections. It consists of an initial phase of forming a minority coalition with Labor-Gesher-Meretz and Yisrael Beytenu, with outside support by Joint List and a second phase. Assuming that a minority government is formed, members of various right-wing parties would be willing to join the coalition.

So, what’s really going on? The outcome of these elections are still a maze of confusion. Different possible combinations continue to emerge. We pray for a Purim miracle and the formation of a sound and effective government that will protect Sovereignty, safety and truth for all Israel.