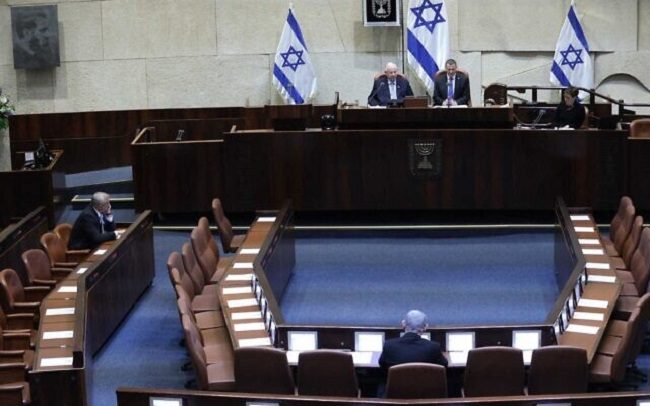 In a surreal ceremony, Israel’s 23rd Knesset convened on Monday in the shadow of the COVID-19 outbreak. To avoid the spread of the virus, Israel’s 120 lawmakers were inducted in batches of three. Their usual festive opening remarks were given in an empty hall.

Rivlin implored the political parties to resolve their differences and form a coalition, putting an end to the deadlock that has left the country without a functioning government since December 2018.

Source:
In surreal scenes, Knesset sworn in 3 members at a time amid virus crisis by TOI Staff. Times of Israel – March 16, 2020