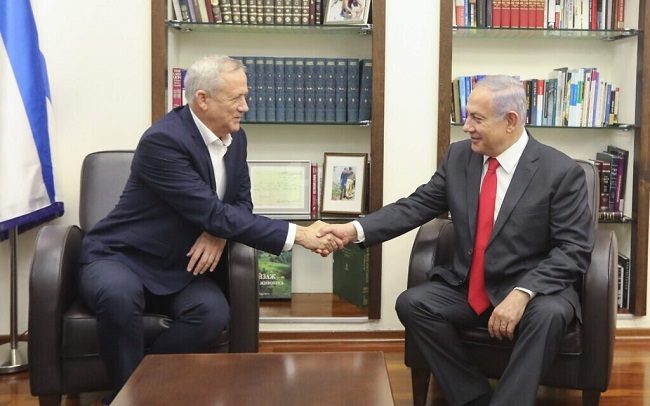 In breaking news just moments ago, Blue and White chairman Benny Gantz has agreed to a unity government in which Benjamin Netanyahu will serve as prime minister first.

Former IDF Chief of Staff Gabi Ashkenazi reportedly supports the compromise, but party leaders Yair Lapid and Moshe Ya’alon are opposed to any deal which would allow Netanyahu to remain in office. The dispute could lead to the breakup of the Blue and White party.