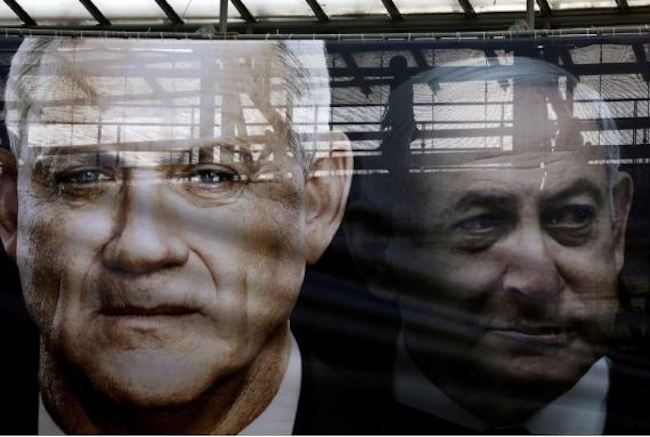 Tonight is the deadline for Blue and White leader Benny Gantz to return the mandate if he cannot form a government. Senior political officials spoke to Israel Hayom and warned that there was a “real danger” that the country would have to hold a fourth general election.

“There is a clear and present danger of having to hold a fourth election. If there is no agreement between Gantz and [Prime Minister] Netanyahu in the next few hours, the process of passing laws that take aim at Netanyahu personally will begin, and will inevitably deteriorate into a fourth election.”

“The Right needs to wake up and realize that Sovereignty is in danger, too, because the Trump administration will not allow it without a unity government in Israel. We are sounding the alarm. It’s not clear why right-wing leaders and senior Likud officials are staying quiet,” one official said.

The application of Sovereignty over the Land of Israel cannot be promoted if the Right does not have influence in the legal sphere.

Israel’s President Says He Won’t Extend Gantz’s Mandate to Form Government, Will Send Task to Knesset If No Coalition by Tomorrow by Benjamin Kerstein. The Algemeiner – April 12, 2020