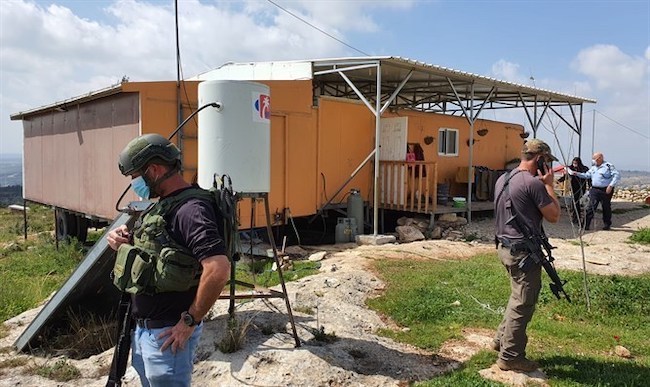 A terrorist attack was foiled in the Binyamin district of western Samaria Monday morning, in the community of Havat Sadeh Efraim.During the abortive stabbing attack, a female terrorist brandishing a knife broke into a home in Havat Sadeh Efraim and attempted to stab members of the family living there.

Residents managed to overpower the terrorist and detained her until security forces arrived on the scene to take her into custody. Monday’s failed attack is the second terror-related incident in Havat Sadeh Efraim in just over a month.

We are grateful that no injuries were reported in this attack.