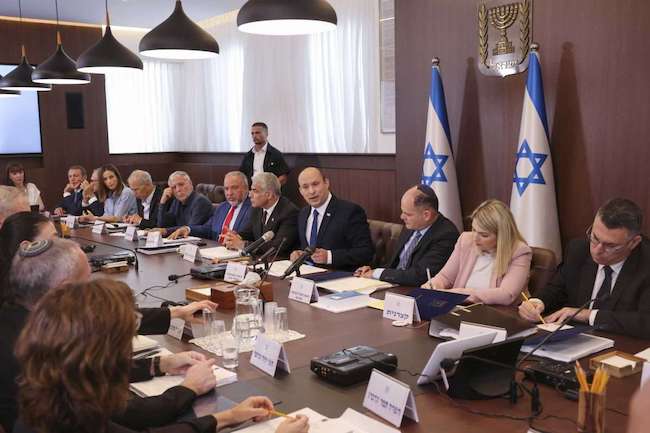 The Knesset plenum approved overnight Wednesday a bill that allows four MKs to split from their faction, even if they do not constitute one-third of said faction, as was the former rule. The immediate ramification is that instead of having to seduce and lure ten Likud MKs to jump ship and receive cushy jobs in his government, Bennett only has to convince four Likudniks to go towards the light. Also, several Likud MKs, most notably former Shin Bet chief Avi Dichter, were deeply unhappy with having to kill the family reunification provision which Likud had helped pass every single year since 2003.

The defection bill was approved by a majority of 60 MKs, against 54 opponents. Somehow, the Joint Arab List MKs, who could have altered the results, were absent from the vote. The reason is that everybody and his cousin know that once Bennett succeeds in converting those four Likudniks, it would devalue the RA’AM party’s participation, and RA’AM, as every Arab child knows, is the archenemy of the Joint Arab List. If RA’AM loses its influence (a.k.a. power to blackmail) over Bennett, Arab voters would stop being mesmerized by all the goodies uncle Mansour Abbas can bring home.