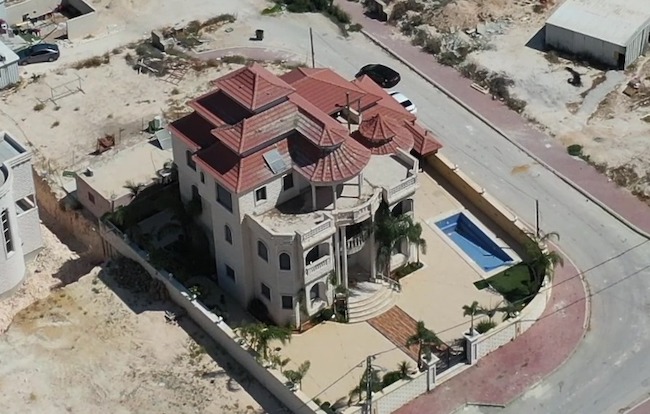 A Bedouin Israeli millionaire who briefly ran for Knesset with former defense minister Moshe Ya’alon was charged on Monday with passing information to Iranian intelligence through contacts in Lebanon. This report comes from the Shin Bet security service after a gag order on the case was partially lifted.

Yaqoub Abu al-Qia’an is a former politician and construction magnate (see his compund above) who is a resident of the Bedouin town of Hura in the southern Negev region. He was indicted at the Southern District Court in Beersheba on charges of contact with a foreign agent and passing information to an enemy.

Meir Deutsch, Director General of Regavim issued a statement: “The fact that Abu-Alkiyan, a millionaire with extensive property and business holdings who maintains close ties with leaders of Israel’s economy, passed sensitive security information to Iranian operatives proves that the rising tide of nationalism in Israel’s Bedouin sector is not connected to often-heard complaints of poverty or discrimination. This very real and very serious developing trend is an expression of radical currents that are re-shaping the Bedouin community in the Negev. Israel is now paying the price for years of denial and wishful thinking. The government must face up to reality – and there’s not a moment to waste.”

Statement and photo courtesy of Regavim