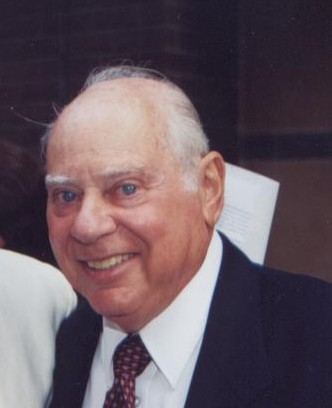 Herbert Zweibon, the founder of Americans For A Safe Israel (AFSI), a major political support group for the Jewish communities of Judea, Samaria and the Golan, passed away in New York after a brief illness on Wednesday, January 19, 2011 at age 84.

Founded in 1970, as an American counterpart to the Land of Israel Movement, AFSI’s platform promulgates Israel’s historical, religious and legal rights to the territories won in the 1967 war and has consistently argued that a strong territorially defensible Israel is essential to U.S. security interests in the region and that “land for peace” is a delusional policy.

A beloved Jewish activist known to many both in Israel and the United States, Mr. Zweibon will be best remembered for his generosity, kindness and tireless devotion to the Jewish people and the land of Israel.

In a 2007 interview with The Jerusalem Post, Mr. Zweibon said, “It makes little difference to us whether the government of the United States or the government of Israel believe that they can somehow compromise with the Muslim community. This just will not happen.”

Helen Freedman, executive director of AFSI in New York City said, “Mere words do not seem adequate enough to describe the legacy of Herb Zweibon. He was an exceptionally magnanimous man who lived and breathed the security and well being of Israel and he was totally dedicated to his beloved family, his friends and the entire Jewish nation. It is with a heavy heart that we must go on without his ebullient presence. He was a dear and loyal friend and I will miss him terribly.”

“Herb was a righteous man, and he will be sorely missed,” said David Wilder, spokesman for the Jewish community of Hevron. “Herb’s love for Israel, for the state of Israel, for Eretz Yisrael knew no limits.” He praised Zweibon’s generosity as well, noting that he continued his financial donations as usual even during the global financial crisis.

Mr. Zweibon encouraged support for Israel from all peoples, irrespective of religion affiliation, race or nationality and as such AFSI has fostered working relationships with pro-Israel Christian leaders as well.

Long time Jewish activist and radio personality, Charlie Bernhaut, a close friend of Mr. Zweibon for many years said with great emotion, “I have never met a more devoted man in my life. Herb was someone who served in the American army and had a fierce loyalty to the United States and its cherished democratic principles and at the same time his support for Israel’s right to maintain a Jewish presence in the liberated territories was absolutely unyielding.”

As an ideological disciple of the legendary Revisionist-Zionist leader, Ze’ev Jabotinsky, Mr. Zweibon made it his priority to educate new generations of Jews and supporters of Israel on the teachings of Jabotinsky. One of his last public appearances at an AFSI event was in the summer of 2010 in which he hosted the annual Jabotinsky yahrzeit commemoration at the Park East Synagogue in Manhattan. He spoke of Jabotinsky’s prescience and called upon Jews throughout the world to heed his message of a strong and unapologetic State of Israel.

To this end, AFSI, under Mr. Zweibon’s leadership initiated a very special essay contest dedicated to Jabotinsky’s memory in which Israeli high school students would participate. In December of 2010, awards were presented to the 15 winners of the 2010 Ze’ev Jabotinsky National Essay Contest at the Knesset building in Jerusalem.

Mr. Zweibon said the essay contest “marked the culmination of a 10-month effort to rekindle an intimate relationship with Zionism among Israeli youth, undermined by decades of high school teaching that made Zionist history and their attendant heroes hostage to universalist myths and ‘narratives,’ that smacked of blatant ant-Zionism.”

David Wilder of the Hevron Jewish Community said that AFSI was “one of those rare organizations which I can define as pure. Without any hidden agendas, without any need or desire for anything for itself AFSI simply helped Israel; Judea and Samaria included.”

Mr. Zweibon is survived by his beloved wife Sheila, his three sons, Kenny, Mark and Donald and five grandchildren.

Every spring in the past decade or two, we’ve received a urgent call from a man named Herbert Zweibon, who died Wednesday and is being buried today at Westchester. The chairman of Americans for a Safe Israel, he called each spring to invite us to a gathering that he brought together each August to mark the death of the one of the greatest of Israel’s founders, Vladimir Jabotinsky. The events — sometimes modest and ragtag, other times grander — were an annual marker we tried never to miss. They always crackled with Zweibon’s enthusiasm and commitment, as he emerged as a keeper of the memory of one of the most underappreciated and prophetic figures of the 20th Century.

Zweibon himself was a cheerful, friendly, and enthusiastic activist. He was a member of the editorial board of the AFSI’s newsletter, “Outpost,” which we invariably pause to read the moment it comes in. Zweibon explained its goal, according to a dispatch at Israelnationalnews.com, was not to support the government of Israel, but rather the land of Israel. He was against treating with or compromising with Israel’s enemies and made no apologies for the hard line he took. “Everyone has a responsibility to prevent someone else from committing suicide,” he was quoted by Israelnationalnews.com as explaining.

Much of his attention in recent years was devoted to the younger generation. This is typified by a story that appears in the latest number of the Outpost under the headline “A Banner Day for Zionism.” It reports on a ceremony at which hundreds of Israeli high school students packed the Knesset to witness the awarding of prizes to the winners for the year 2010 of an essay contest for works about Jabotinsky’s ideas and deeds. The contest was one of the things that Zweibon created that he most loved, and when the prizes were presented, remarks were made about the importance of Jabotinsky by both Israel’s education minister and the speakder of the Knesset.

Yet neither Zweibon nor AFSI were part of what might be called the Jewish establishment in New York. Zweibon pointedly parked his organization on the idealistic edge of the secular Zionist struggle. We were drawn to him not only on the substance but also on the principle that the long time editor of the Wall Street Journal, Robert Bartley (himself now gone, alas), articulated to his own happy band of idealists — change happens on the margin. And there is no doubt that as the principles for which Jabotinsky stood gain ground among the rising generation, a share of the honors will go Herb Zweibon.

We were deeply saddened to hear of the passing of our dear friend Herb.

Our friendship blossomed in the 80’s when I arrived in New York to open the various offices connected to The Settlement Movement such as: The Land Redemption Fund, Eretz Israel Academy, Kedem Museum and the offices of Bemaaleh, the organization that dealt with advancing Aliyah from the US to Israel and our communities. Undoubtedly the first friends of ours in New York were the members of AFSI lead by Herb Z’L. That year we had many positive and fruitful meetings that were connected with the project of settling Eretz Israel.

I found in Herb a warm Jew, elegant, and totally cultured man. Herb always received people respectfully, warmly and openly. As a follower of Jabotinsky , Herb was ideologically guided by 2 friends of ours, who have also passed away. They were the famous, Shmuel Katz and Professor Yuval Ne’eman.

Throughout our lives, it was clear that Herb’s identity was totally connected with AFSI and Eretz Israel, such that it became a life project of his. I never stopped admiring the effect, over so many years, on the public discourse, of his opening article in the Outpost that dealt with the political situation in Israel and its relevance to the Middle East and the US.

I would like to end this letter and express my deepest feelings with words that relate to these 40 wonderful years of friendship. I believe potentially I was the first of our ranks to be in touch with AFSI and Herb so long ago and ironically also the last one to meet with my dear friend Herb, just two weeks ago in his office to once again discuss in great depth the situation of Eretz Israel today. It is with great sadness, yet gratitude that I was given this last opportunity to be with Herb. I will miss him dearly.

In great respect and condolences to you all,

It was with deep chagrin that we here in Israel have heard of the passing of Herb Zweibon, Chairman of AFSI.

Some here in Israel have, I feel, done insufficient justice to Mr. Zweibon by terming him merely “righteous’. Too tame! The Jewish people and mankind in general are blessed with so many righteous people who help others, treat their neighbors honestly and with respect, and do public works on behalf of their communities. Herb Zweibon was by no means merely one more righteous person in these ranks.

“He was against treating with or compromising with Israel’s enemies”. “Anything but apologetic.” These characterizations of Zweibon are in fact priceless accolades. Zweibon even had the gall and seeming ill-manners to come right out and say what all of us long know, but none of us dares to say; that “making nice with the government of Israel – or playing kissy with AIPAC – doesn’t help us”.

Zweibon fought in World War II. “Did the American government understand what dire danger the Jews were in then?” he was reportedly asked by one interviewer. “I don’t think they cared,” Zwiebon responded bluntly. “They did relatively nothing to save the Jews. So, the reality is that we must learn to depend on ourselves, and be strong and stay strong for a long period. Otherwise, all of Israel’s great accomplishments could disappear in a flash.”

Israel’s accomplishments certainly could disappear in a flash, but how many of us are willing to confront such a reality. A part of that reality is the social reality, in which Herb Zweibon was not merely righteous, or simply generous, but was instead one of our generation’s few and much too far between unbending pillars of truth and conviction, insofar as Israel is concerned. In a world so pre-occupied with Israel-bashing that it has become habit-forming, it is a rare individual who is not swept away by the rhetoric or bowled over by the seeming logic of Israel’s clever, forked-tongued enemies. It is practically unheard of for someone to come right out and say what needs to be said, and then to stand up for it. We here in Israel, and the Jewish people as a whole, owe Herb Zweibon – owe all of history’s Herb Zweibons past present and future– a debt of honor that we can not easily repay. But the difficult can be achieved, and must be achieved. We must — with effort — repay that debt of honor to our Herb Zweibon — simply by being as forthright and stalwart and bold and unyielding on behalf of Israel, as we would have been if Herb Zweibon were standing right beside us, right now. And the soul of him is. And will always be.

“I don’t want to be told what to say,” Zweibon once explained to an interviewer. May we all be inspired by this message and grow up — someday — to be people who never once allow themselves to get told what to say.

A Tribute to Herb Zweibon – by Moshe Phillips on Arutz Sheva