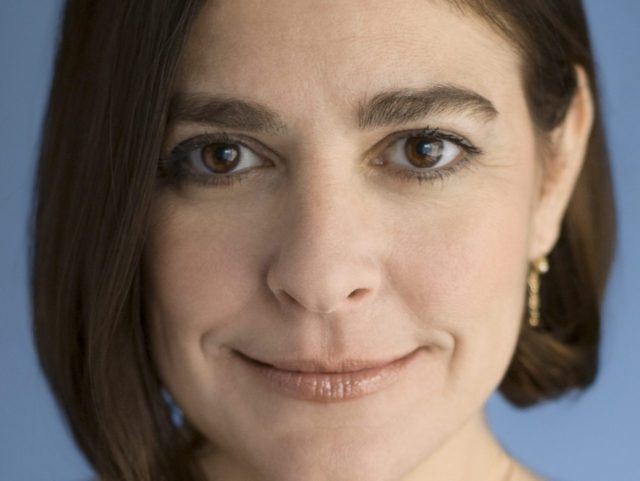 The outgoing government undermined Israel’s national security, economy, social fabric, international relations and standing worldwide. In light of this, the ever astute Caroline Glick, in her recent article, discusses the job that lies ahead for Prime Minister-elect Benjamin Netanyahu.

Israel’s radical legal system, from the Attorney General to the state prosecution to the Supreme Court, has systematically undermined the IDF’s ability to seize the initiative in the fight against Palestinian terrorists. They have interfered on everything ranging from the rules of engagement to battlefield tactics. The courts’ decisions have nothing to do with the law. They are predicated on the political and ideological convictions of unelected judges.

Voters gave Netanyahu and the right the largest mandate the nationalist camp has received in two decades. They expect the incoming government to clean up the mess that Lapid and his colleagues are leaving behind, and to push Israel forward. The only way for Netanyahu and his partners to meet these expectations is by making far-reaching reforms to the legal system. 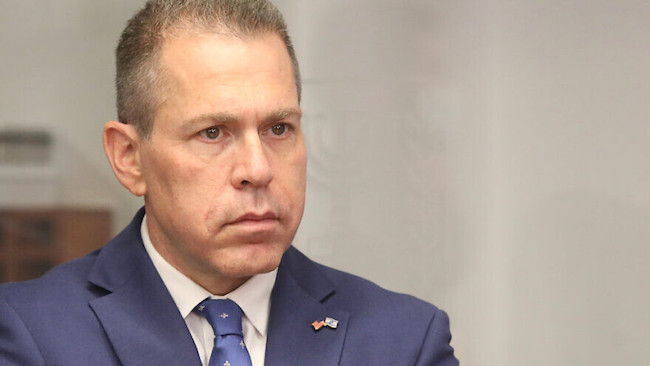 While members of the United Nations Security Council on Friday expressed alarm over the rising number of Palestinian casualties, Israel’s ambassador urged them to take a look at the underlying reason: ongoing security operations meant to stop a brutal escalation in terrorism.

“Israel is in the midst of a terror wave,” Israeli envoy Gilad Erdan told the council during Friday’s quarterly debate on the Israeli-Palestinian conflict. “Since the start of this year alone, there have been over 4,000 Palestinian terror attacks perpetrated against Israelis. Car ramming, rock throwing, fire bombings, stabbing, shootings, rockets and many other acts of Palestinian violence have become a fact of life for millions of Israelis.”

We applaud Ambassador Erdan’s steadfast work in fighting for the truth about Israel in the shameful halls of the United Nations. AFSI looks forward to a continuation of this vital effort – and more – with the new government.

This is another example of the UN being totally useless and run by countries that in many cases lack any form of acceptable government. 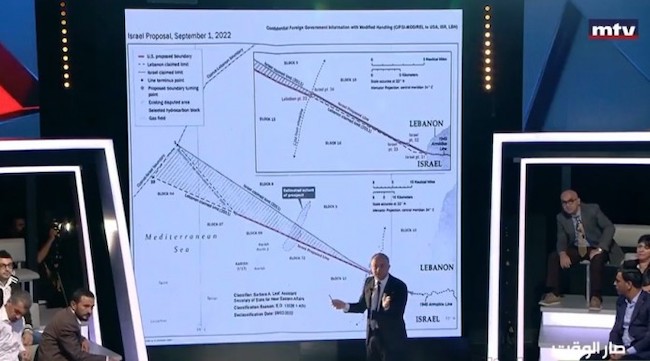 Roi Kais, the Arab Affairs Correspondent Kan for Israel’s Channel 11 translated and presented the presentation of Elias Bou Saab, the Deputy Speaker of Lebanon’s parliament, as to how Lebanon out-negotiated Israel and the Americans on the shared maritime border and offshore gas fields, compromising on nothing, while getting the Israeli-US side to compromise on every single point.

It seems Israel did not fight hard enough for its best interests. Lebanon saw through Israel’s game and then rejected one offer after another, plus they added more threats and conditions. The US showed how desperate they were for a deal. It was obvious to everyone in Israel as Interim Prime Minister Yair Lapid kept sweetening the pot with nothing in return that he wanted to close the deal before the upcoming elections,. The US needed to close the deal before Benjamin Netanyahu’s possible return to office, who would scuttle the fire sale.

Moral of the story: never negotiate against yourself – EVER!. 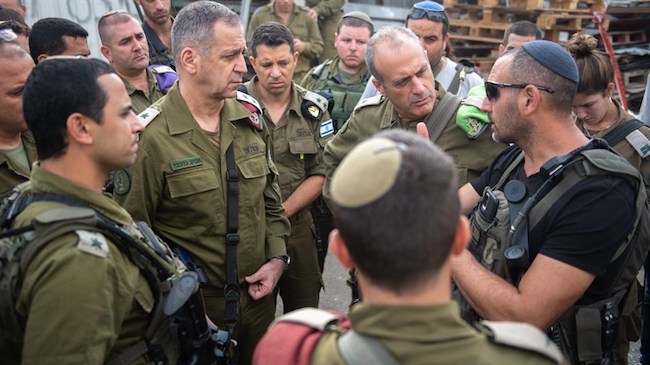 IDF Chief of Staff Aviv Kochavi arrived Sunday morning at the scene of Saturday night’s deadly shooting attack in Kiryat Arba. He expressed his appreciation to the military security coordinator for his response to the attack.

Initial investigations show that the shots were fired towards a store in which a father and son had entered. Five people were injured, one of them, Ronen Hanania, died of his wounds. His son Daniel was lightly wounded. Medic Ofer Ohana was seriously injured and as of yesterday afternoon AFSI received reports from his wife that his condition was stabilizing. Ofer, who runs the local Pina Chama ( a “warm corner” fo soldiers on duty), is a friend of many AFSI members.

We pray for the speedy recovery of all the victims. We pray that tomorrow’s elections in Israel bring forward the security, safety and sovereignty so desperately needed in Judea and Samaria. 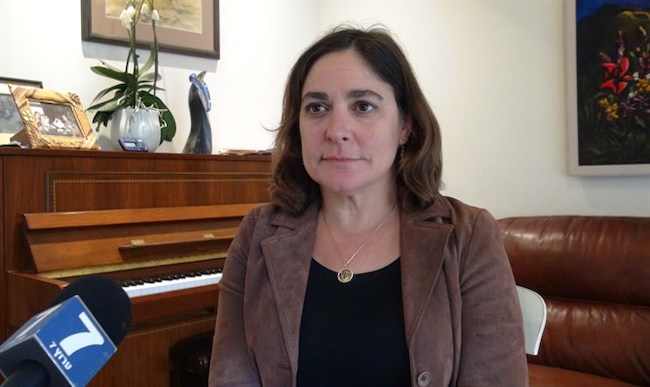 Most of Israel’s commentators insist that Tuesday’s Knesset elections—the fifth in fewer than four years—are about the same thing the last four were about: Benjamin Netanyahu. If you vote for Netanyahu’s Likud Party, or for the other three parties in his right-religious bloc, then you are for Netanyahu. If you vote for caretaker Prime Minister Yair Lapid’s Yesh Atid party, or for any of the members of his left-Arab bloc, then you are against Netanyahu. Nothing else is up for grabs.

In her JNS Brief, Glick succinctly states: Do we believe in our nation state and wish to preserve and defend it, or do we reject our national identity and national rights, and aspire to replace both with a globalist, progressive identity, devoid of Zionism and of Jewish sovereignty?

November 1 is all about Sovereignty and the day will prove to be a defining referendum on what the Israeli people really want for their future.

Source:
Jewish sovereignty is on the ballot, by Caroline Glick/JNS, October 30, 2022

Prime Minister Yair Lapid on Thursday signed the agreement on a maritime boundary between Israel and Lebanon, that will permit Israel’s neighbor to the north to start digging for underwater natural gas in an area that extends into Israel’s territory.

Lapid and Lebanon’s President Michel Aoun also did not sign the same document, but identical documents that will be submitted to the UN representative at the Rosh Hanikra crossing. Lebanon has been stressing throughout the years of negotiations with Israel that it does not recognize the Jewish State, nor has it given up its desire to see it be erased by its army of terrorists, Hezbollah.

Lapid regards the signing of this agreement as recognition by an enemy state. We say it is capitulation to an enemy. Legal scholars agree. “Nothing in this maritime agreement can be said to constitute a Lebanese recognition of Israel,” said Professor Eugene Kontorovich, director of International Law at the Jerusalem-based Kohelet Policy Forum, which petitioned the Supreme Court against the deal.

Lapid signed the deal without the Knesset’s ratification, and since he also gave away Israeli territory in the bargain, he also ignored the legal requirement to hold a referendum on giving away parts of Eretz Israel no matter who is doing it. For a caretaker Prime minister to do such a thing with elections days away is an unthinkable act.

May the November 1 elections next week bring about a government to erase this disaster. David Israel writes in his article that the new government should “…hire an army of lawyers to get Israel out of this insult to its sovereignty.” 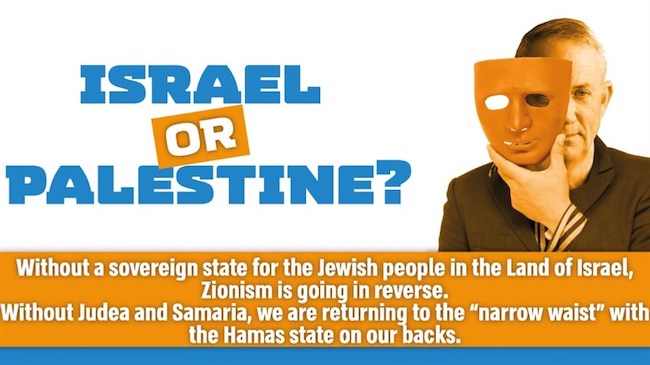 Under the headline: “Israel or Palestine,” the Sovereignty Movement warns against steps taken by Minister Benny Gantz that promote, in practice, the establishment of a Palestinian state.

The movement expresses concern about what its members characterize as a right-wing mask behind which Benny Gantz conceals his political philosophy. “It is time to unmask the Defense Minister’s policy,” the ad says. “Gantz is a leftist, who, under the guise of IDF activity, is promoting a political program that endangers Israel.” 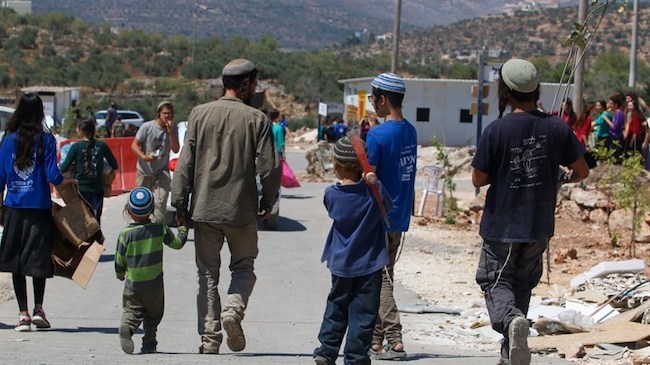 A year and a half after signing an agreement with the government, according to which a yeshiva would be established in Evyatar, the government has yet to hold up its end of the agreement. Rabbi Chaim Druckman of Evyatar received the promise from Defense Minister Benny Gantz to build Evyatar and stated: “We received a promise regarding Evyatar, that was a year ago, and until now it hasn’t been fulfilled; promises must be kept.”

Nahala movement chairperson Daniela Weiss stated, “..it has come time we build a glorious town there.”

We’re praying and trusting that this coming Tuesday’s elections choose the leader that will keep its promise to Evyatar.

Source:
Rabbi Druckman: ‘A promise was made regarding Evyatar, and it wasn’t kept’, by Israel National News, October 27, 2022 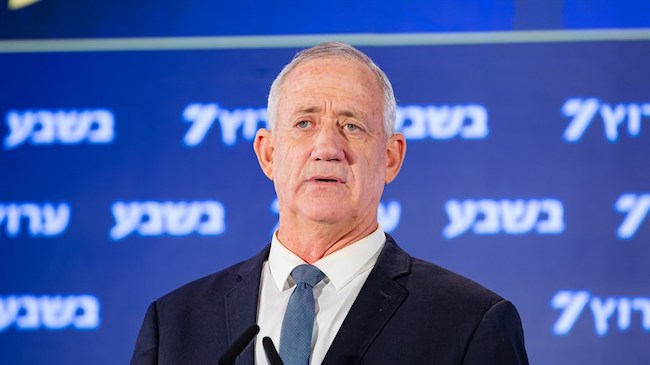 The letter noted that “In the past year, there was only one planning meeting instead of four as was agreed upon and customary until now.”

In an incident the day before, a group of yeshiva students who held a musical gathering on the site of the Derekh Emunah community south of Jerusalem, were violently and forcefully evacuated. During the incident, one of the participants was arrested and brought to the police station. The incident occurred several days after an Arab threw rocks at the arrested individual’s wife’s car and continues to walk freely without fear of arrest.

Gantz’s ongoing, unprecedented and appalling lack of action sends the wrong message to the PA and threatens Israel’s safety and security. His title of Defense Minister should have been Enabler of Terrorism. November 1 is just 8 days away. Israeli citizens have the power to turn this around and restore integrity to their country.

Haredi settlement movement: Gantz is plotting against us, by Israel National News, October 23, 2022 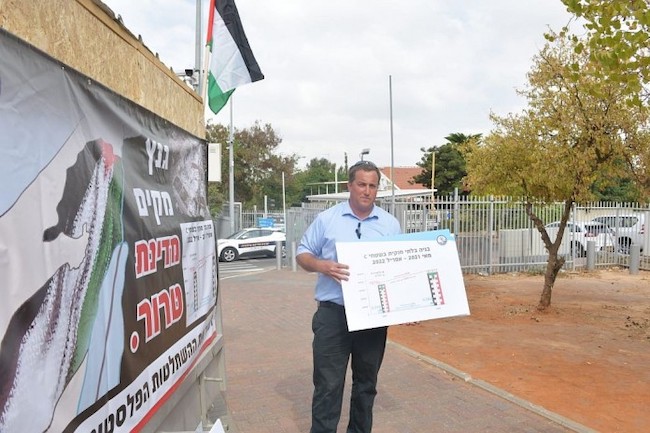 Members of the Regavim Movement erected a structure on Monday, decorated with Palestinian and European Union flags, near the Rosh Ha’Ayin home of Defense Minister Benny Gantz. The structure was built as part of the launch of Regavim’s most recent report on the status of land in Area C of Judea and Samaria. The “War of Attrition 2022” report reveals that the rate of illegal Arab construction has increased dramatically over the past year.

“In a matter of minutes, municipal patrol units and a police enforcement team arrived at the scene and demanded they evacuate the area,” commented Regavim.

It is notable that unlike the government’s immediate response to protect the home of the defense minister, no such response is forthcoming when Palestinian Authority Arabs illegally build homes and schools in IDF firing ranges and elsewhere in Area C, where Israeli jurisdiction is supposedly complete.

We love the creative ways our friends at Regavim bring issues to everyone’s attention!