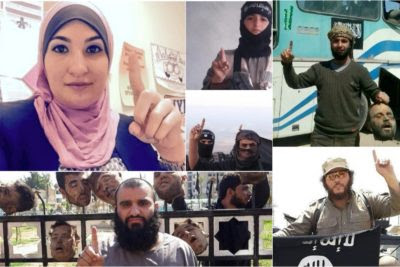 Anti-Semite, Hamas supporter, Sharia advocate, Linda Sarsour will be the commencement speaker at the CUNY Graduate School of Health on Thursday, June 1st.

This cannot be permitted to happen!

CUNY is a publicly funded university. Funding cannot be used to promote anti-Semitism and other forms of hatred.

Graduates cannot be held hostage and forced to listen to Sarsour’s hateful messages.

TAKE ACTION – THIS IS NO TIME FOR SILENCE!

To understand who Linda Sarsour is, please read two very important exposés. The first is by Dr. Philip Rosenthal, Esq.; the second by Pamela Geller.

Let me tell you about Linda Sarsour and Bill d Blasio: Why I’m outraged and you should be too.