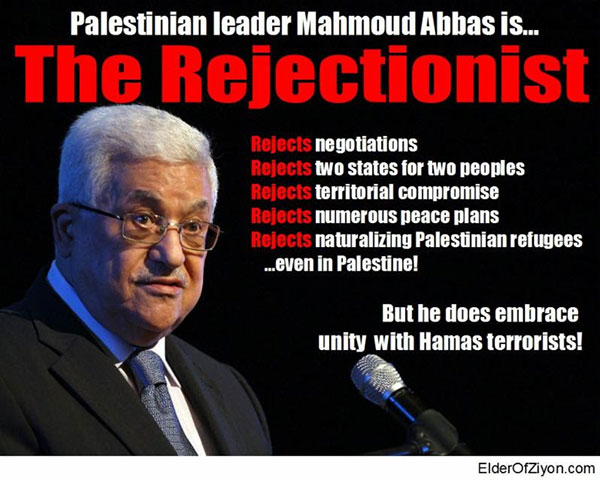 As we have noted several times during the past week, Mahmoud Abbas, head of the Palestinian Authority, will be in Washington D.C. May 3, for a meeting with President Trump.

We firmly believed that due to Abbas’ history as a Holocaust denier, as an enabler and abettor of terror against innocent civilians in Israel, for his refusal to recognize the right of Israel to exist as a Jewish nation, and for his corruption and cronyism that work against U.S. principles, he should not be allowed entrance into the United States.

However, President Trump has extended an invitation, and has voiced his desire to meet with him.

We appreciate and applaud President Trump for being a strong friend of the Jewish people and the state of Israel. Earlier this week he spoke eloquently and earnestly at the annual Holocaust Remembrance Day commemoration hosted by the U.S. Holocaust Memorial Museum in Washington, D.C. His words included the following:

Here is his entire speech: 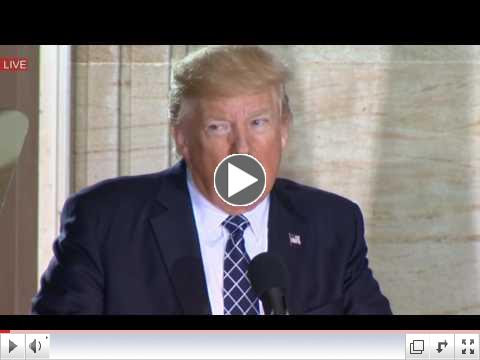 President Trump has appointed several advisers and officials who understand Israel and appreciate the unique U.S.-Israel relationship, including the new U.S. Ambassador to Israel, David Friedman, and close adviser, Jason Greenblatt. Thus, we trust President Trump will have been briefed in advance of his meeting with Abbas, of the latter’s anti-Israel, anti-Semitic history, and of his history of reneging on his agreements with Israel to work to curb terrorism and incitement to terror, and of lying with a smile to those in the West, and telling of his true intentions toward the “infidels” in front of Arab audiences.

Given this, we look forward to President Trump’s meeting with Mahmoud Abbas as an opportunity for the President to discover for himself, the true nature of his upcoming guest.

Thus, we have made a decision not to protest Abbas’ presence in the U.S.on May 3 as originally planned, but instead will await the outcome of President Trump’s meeting with him. We wish President Trump well, and the ability to discern truth from lie. He will need it in his meeting with Abbas.

AFSI Welcomes the Launch of the 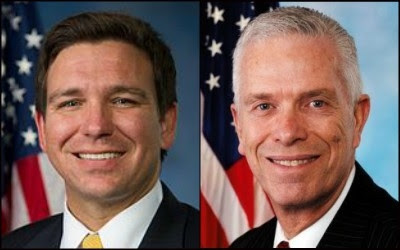 AFSI is proud to be a co-sponsor of the newly-formed Congressional Israel Victory Caucus (CIVC) which will be launched tomorrow morning (Thursday, April 27) at 9 AM.

As reported in Arutz Sheva: Congressmen Ron DeSantis (R-FL) and Bill Johnson (R-OH) will launch the Congressional Israel Victory Caucus (CIVC) at 9 a.m. on Thursday, April 27. The goal of the caucus will be to introduce a new US strategy to re-shape the discourse of the Arab-Israel peace process to be more focused on Israel’s needs.

“Israel is America’s closest ally in the Middle East, and the community of nations must accept that Israel has a right to exist – period,” said Rep. Johnson. “This is not negotiable now, nor ever. The Congressional Israel Victory Caucus aims to focus on this precept, and better to inform our colleagues in Congress about daily life in Israel and the present-day conflict. I look forward to co-chairing this very important caucus with Cong. DeSantis.”

Cong. DeSantis adds: “Israel is our strongest ally in the Middle East, as we share common national interests and possess similar national values. Israel is not the problem in the Middle East; it is the solution to many of the problems that bedevil the region. American policy must ensure that Israel emerges victorious against those who deny or threaten her existence.”

The caucus will call on the US government to turn the focus of its peacemaking efforts between Israel and the PA from establishing a Palestinian state to insisting Israel’s Arab neighbors recognize the right of Israel to exist as a Jewish State.

“The current approach to achieving a resolution to the Israel-Palestinian conflict has consistently failed because it allows Palestinian rejectionism to be met by a call for further concessions from Israel, thus pushing peace further away because of the entrenchment of a Palestinian denial of the Jewish people’s right to sovereignty,” said Professor Daniel Pipes, President of the Middle East Forum. “As Ronald Reagan said regarding the US fight against communism, the only way to ‘win is if they lose.’ The launch of the Israel Victory Caucus will help bring about a catalytic change in the way America pursues peace in the region: Putting its allies priorities first.”

Click HERE for a live stream of the launch from 9 to 10 AM. on the Middle East Forum page on Facebook.