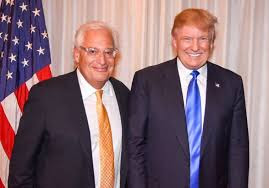 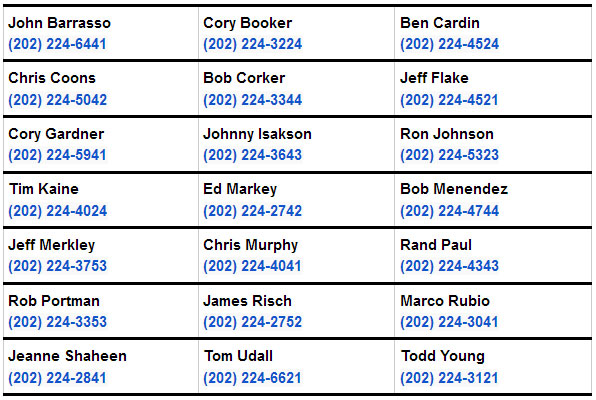 Please also contact YOUR Senator at 202-224-3121, urging him/her to support President Trump’s nominee.
It is crucial that your voice be heard, as there is a major effort against his nomination by anti-Israel groups.

THIS EVENING: Danny Danon At Columbia U Needs Our Support! 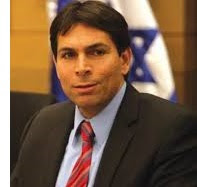 Israel’s UN Ambassador Danny Danon
7:15 PM tonight at Columbia University, Students Supporting Israel (SSI) is hosting Israel’s UN Ambassador, Danny Danon for a speaking event. Please show your support IN PERSON for Israel’s Ambassador and the pro-Israel student community by attending his talk.
As intimidation and violence toward Jewish and pro-Israel students on America’s college campuses continue to grow, those who support Israel must stand strong against the haters.
Disturbingly, over the weekend we received the following email, showing an attempt to limit pro-Israel community members from attending Danny Danon’s talk. As of this writing, we have not heard of an agreement with university staff to open up the hall to additional pro-Israel individuals. However, it is very important to show up to provide chizuk (strength) to Danny Danon and to confront the anti-Israel haters who will be protesting his appearance.
The Ambassador’s talk will be taking place 7:15 PM in Columbia University’s Roone Cinema, Lerner Hall, Broadway & 116 St.
Please click HERE for additional details, and read to the end of the email to see how you can register your protest to the university administration.
On Friday Peter Cerneka, Columbia’s Associate Director of Student Engagement, notified the Students Supporting Israel (SSI) that only 20 non-CU students would be admitted to their event featuring Danny Danon, Israel’s Ambassador to the UN, despite taking place in an auditorium that seats 300. Included in the 20 non-student guests are the Ambassador’s staff and security detail, leaving only ten non-students permitted to attend the event. SSI has currently received over 70 RSVP’s, and another 50 on a waiting list.
We contacted Mr. Cerneka and asked him why he has imposed such late and unusual restrictions. He stated that, along with Columbia’s public safety board, he imposed these restrictions for “security reasons”. We contacted the Public Safety office twice, and in both calls they had no knowledge of the attendance restrictions, nor the reasons for said restrictions.
Furthermore, we explained to Mr. Cerneka that the non-student guests who have registered are alumni and/or Israel supporters who would be happy to have their bag checked and present ID, and just want to hear the Ambassador speak. Mr. Cerneka kept repeating the “security issue” and would not provide any further explanation.
We feel that this is a deliberate attempt by Columbia U. officials to effectively limit attendance and suppress support for Israel at this event. The unfair and biased restrictions imposed by Columbia officials have no basis and are arbitrary. It’s important to note that Peter Cerneka is also the adviser to Students for Justice in Palestine (SJP), and the adviser to Jewish Voice for Peace (JVP).
Please join us Monday @ 7:00pm at Columbia U. and hold the University accountable and show support for Israel.
If Columbia University respects and upholds free speech in a peaceful setting, then all the people who RSVP’ed for the Danny Danon event, should be allowed entrance to hear Israel’s Ambassador to the UN speak.
Contact information for Peter Cerneka
Phone: 212-854-1371 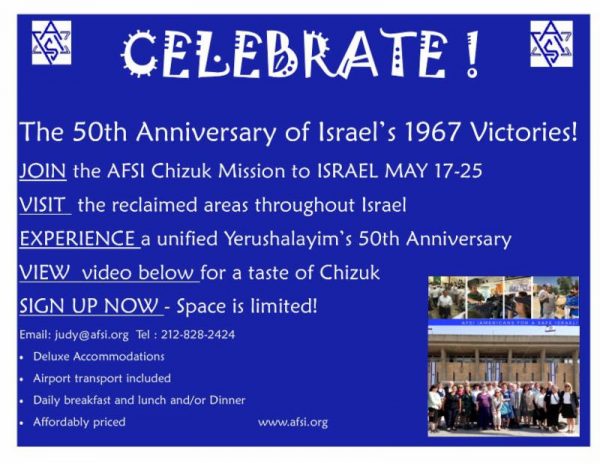 AFSI Chizuk Missions are unique. Participants in an AFSI mission return to their homes informed, educated, enlightened and invigorated, ready to advocate for Yisrael Shleyma, a “full” Israel.
Among other destinations, AFSI missions visit Judea and Samaria, from the large cities to the small hilltop communities; from the most modern factories in the industrial zones of Ariel to the ancient stones of Hebron and the communities of Ofra and Amona.
A key differentiator separating AFSI Chizuk Missions from other trips is the personal touch. For more than 20 years, AFSI has taken groups to Israel, and over the years, AFSI returns to provide chizuk. AFSI travelers build relationships and become lifetime friends with Israelis on the front lines, wherever they may be. From those protecting Jewish life in southern Tel Aviv from thousands of illegal squatters, to heroes living in eastern Jerusalem among a hostile Arab population, AFSI is there.
Get a taste of an AFSI Chizuk Mission from our video on our website. Click HERE to view it and then say to yourself, “Next time I go to Israel, I’m going with AFSI.”
Help Keep Israel Safe – Donate Now
Scroll to top