AFSI’s Executive Co-Director Helen Freedman was a guest on the Jewish Broadcasting Service TV program where the topic of the day was the “settlements.” As part of a Round Table Discussion, Helen’s position was of wholehearted support and endorsement of the application of sovereignty to all of Judea and Samaria. The conversation took some interesting turns as the legal “expert” on the panel had to admit that Israel’s legal entitlement was the strongest. Helen fought hard aganst the “two-state solution” which continued to be used by the other panelists despite her efforts to insist that there are other possibilities.
Click HERE to access the JBS program.
Listed below are the days and times the Round Table Discussion will air on JBS this week.
L’Chayim: Israeli Settlement Policy – A discussion of the Israeli Government’s decision to build the first new settlement on the West Bank in 20 years.
With: Thane Rosenbaum (Director of The Forum on Law, Culture & Society & author – “How Sweet It Is”), Eric Yoffie (President Emeritus of the Union for Reform Judaism & columnist in Haaretz) and Helen Freedman (Executive Director of Americans For A Safe Israel).
Monday, April 10, 3 PM (Noon Pacific Time)
Thursday, April 13, 9 PM & Midnight (6 PM & 9 PM Pacific Time) 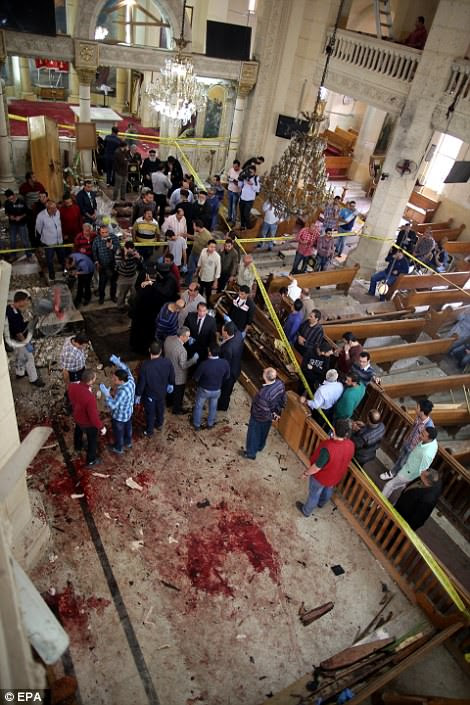 Americans For a Safe Israel sends a message of deepest condolence to the Coptic Christians of Egypt who make up 10% of the population of Egypt and who have been the targets of Islamic persecution there for decades. Yesterday an ISIS suicide bomber detonated outside an Egyptian church in Alexandria after being turned away by three hero policemen in the second of two attacks that killed more than 45 Christians and wounded 100.

The atrocity, which followed another attack in Tanta, was thought to have been aimed at Pope Tawadros II, leader of the ancient Coptic church, who was worshipping in St Mark’s at the time but escaped unharmed.

The Palm Sunday bombings were brutal and savage and indicative of the cruelty of the Islamists.