In Syria, an ancient game is  being played – with people, countries and strategic goals as pawns.

When you boil Syria down to its principal players, there are only three: Russia, the United States and the Islamic Republic of Iran.  With Assad’s chemical attack, people have been misdirected from the reality by blaming the powerless Assad.  But Assad doesn’t move without direct Iranian permission.  So, the real question is why did Iran launch a chemical weapons attack? 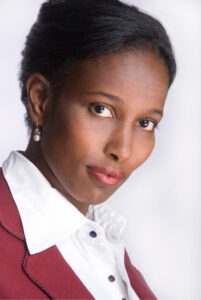 Although Donald Trump has said that US relations with Russia may be at “an all-time low”, when we look at the overall picture, we must be influenced by the words of the “bravest woman in the world“, Aayan Hirsi Ali. She admonishes us not to be distracted by acts of terror and other symptoms of the movement towards political Islam and implores us to see the overall picture – the Sunni Caliphate, Shiia Imanate – the movement towards Dawa!

Dawa, Ms. Hirsi Ali explains, is “conducted right under our noses in Europe, and in America. It aims to convert non-Muslims to political Islam and also to push existing Muslims in a more extreme direction.” The ultimate goal is “to destroy the political institutions of a free society and replace them with Shariah.” It is a “never-ending process,” she says, and then checks herself: “It ends when an Islamic utopia is achieved. Shariah everywhere!”

As a solution, Ms. Hirsi Ali  “proposes a right not to tolerate the intolerant”. She maintains that “Congress must give the president – this year, because there’s no time to lose-the tools he needs to dismantle the infrastructure of dawa in the U.S.”

Dawa has become an existential menace to the West, she adds, because its practitioners are working overtime to prevent the assimilation of Muslims into Western societies. “It is assimilation versus dawa.”

If Ms. Hirsi Ali is to be believed, and we lean in that direction, the West should be working together to identify and do battle with this most potent and dangerous of enemies. Our civilization depends on it.