To say the news is filled with absurdities is an understatement. Consider the following:
We review these absurdities below.

Last Night’s Rally Against David Myers at CJH Was Only the Beginning!

Yesterday, AFSI, JCCWatch.org and a host of others rallied in front of the Center for Jewish History (CJH) on 16th Street, NYC, calling for the firing of its recently-installed President and CEO, David Myers.
We engaged many in fruitful dialogue, explaining why we were there, and handed out hundreds of copies of our Fact Sheet, recreated below. Passersby included those entering the facility for an event, CJH administrative staff, nearby NYU students and individuals out for an evening stroll.
This was the first in a series of planned demonstrations to oust Myers, whose support for anti-Israel organizations supporting a boycott of Israel, makes him unfit to head such a distinguished organization as CJH.

David Myers is the new President and CEO of the Center for Jewish History (CJH).

As a UCLA professor, Myers was preaching the “inevitable demise of Israel” and the removal of Israel as central to Jewish identity. He espoused anti-Israel rhetoric at every opportunity.

JOIN US AT OUR NEXT RALLY, WEDNESDAY, OCTOBER 18, 5-8 PM, IN FRONT OF THE CENTER FOR JEWISH HISTORY, 15 WEST 16 ST., NYC, BETWEEN 5TH & 6TH AVENUES.
All those who are properly incensed by this betrayal of Jewish interests are invited to participate! Bring flags and signs. Most importantly, alert your family, friends, and neighbors.
Questions may be directed to Helen or Judy at AFSI: tel:212-828-2424; judy@afsi.org
Here are a few pictures from last night’s rally: 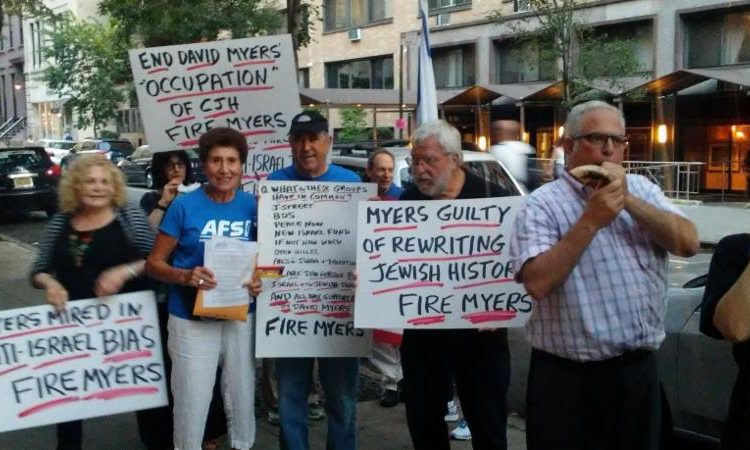 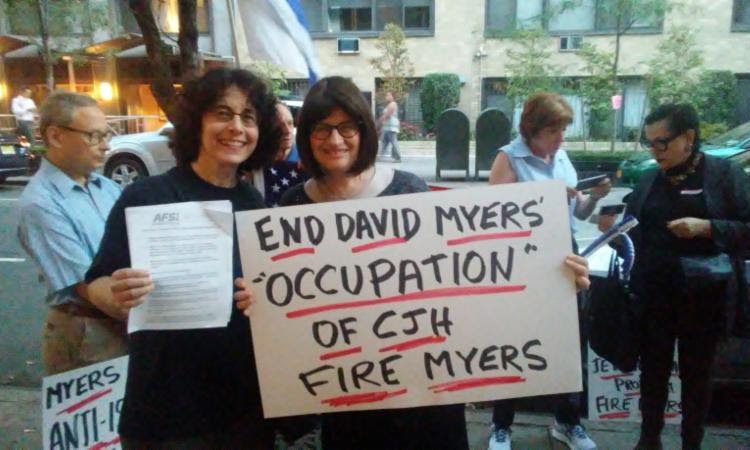 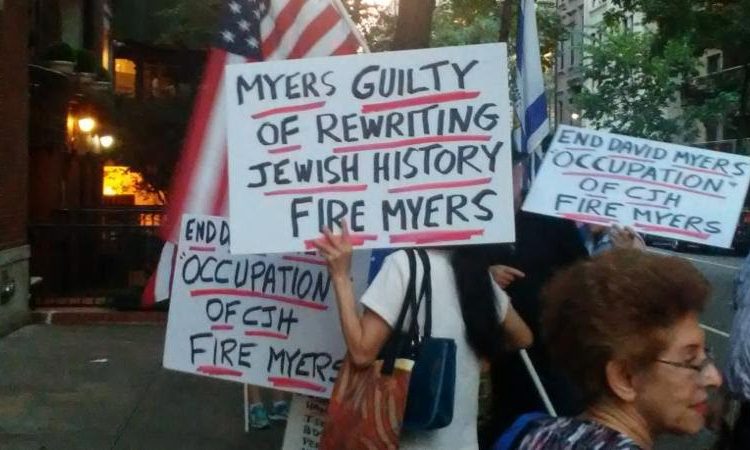 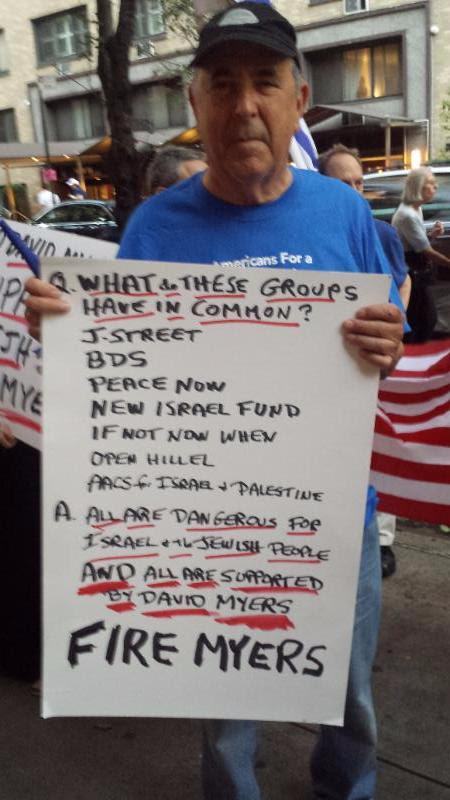 Absurdity: Interpol votes to admit “Palestine” as a member state!

Putting it mildly, it doesn’t get more absurd than this:
As reported in the Times of Israel, Interpol voted Wednesday to include Palestine as a member state, in a new boost to Palestinian efforts for international recognition and influence amid long-stalled negotiations with Israel for full statehood.
And: A top US lawmaker said that Washington won’t honor Palestinian warrants issued through Interpol.
US, others won’t honor Palestinian Interpol notices, top lawmaker says
In a comprehensive review, Aaron Klein lays out Six Reasons Interpol’s Decision to Admit ‘Palestine’ Is Dangerous. These are:
U.S. Sen. Ted Cruz (R-Texas), who has been a consistent staunch supporter of Israel, released the following statement condemning the Interpol General Assembly for accepting the Palestinian Authority as a member:
“The Interpol General Assembly’s decision is shameful and wrong. The Palestinians have been seeking membership and recognition in international bodies despite the reality there is no Palestinian state. This bid for membership is part of an effort to further the PA’s diplomatic and legal warfare campaign to delegitimize Israel in international forums, and I am concerned that the PA will now try to take advantage of its membership by seeking illegitimate and unjustified Interpol actions against Israeli citizens.
Senator Cruz’ full statement can be read here:
Sen. Cruz: ‘By Permitting the Palestinians to Join, Interpol Has Undermined Its Own Credibility’