US Ambassador to the UN, Nikki Haley, holding photos of gassed children in Syria.

There have been reports of two chemical attacks in Syria during the past few days; the most recent yesterday. The first, reportedly with sarin gas killed approximately 100 people including many children. The second attack is believed to have used chlorine gas. The impact of the second attack is still undetermined as of this writing.

The Syrian regime under President Bashar Assad has perpetrated chemical weapons attacks against its own citizens for years, ignoring the world’s pronouncements against them, and regardless of the alleged destruction of Syria’s chemical weapons and precursor chemical stockpiles, which in retrospect had not been fully destroyed.

These heinous attacks occur not far from Israel’s border, and Israel has observed them with consternation, and aware of the dangers, has provided its fighting forces with equipment to counter chemical attacks, and from time to time has provided its citizenry with gas masks and instructions on what to do in case of an attack.

Responses to the events in Syria have varied:

There were calls for the convening of the UN Security Council, as if that body’s pronouncements would be heeded by Syria, Iran or Russia.

Israel’s former Chief Rabbi Yisrael Meir Lau stated that the events in Syria during the past six years amount to a holocaust: Former chief rabbi: What’s happening in Syria is a holocaust. Rabbi Lau, himself a survivor of the Shoah, said Israel and the rest of the world should put aside political considerations that may be keeping them from intervening in the civil war, joining others in Israel who have called for action in the wake of the attack.

Finally, the Chutzpah Award for absurd comments in reaction to the chemical attacks goes to former President Obama’s US ambassador to the United Nations, Samantha Power. Power tweeted, Backed by Russia&Iran, declared permanent by Trump, Assad regime in #Syria feels safe to do what it wants. Gassing people is what it wants.

This, by someone who is the supposed expert on inaction in the face of genocide. This, by someone who stood with her boss, President Obama, who announced a red line in light of Syrian chemical attacks several years ago, and took no action when that line was subsequently crossed.

Was Russia complicit in Syria’s actions? Will the UN condemn Syria? And if so, what difference would it make? Will President Trump take military action against Syria? If so, it would be a defining moment for him, the country and the world. We shall see how the situation develops. 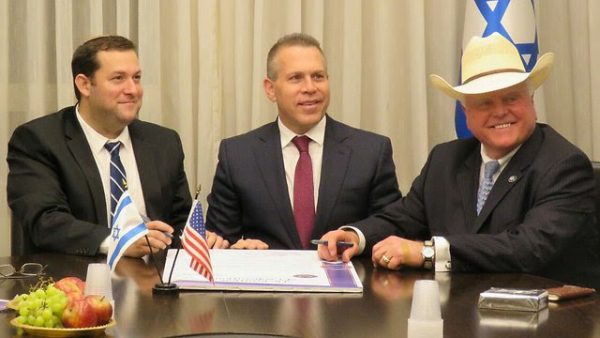 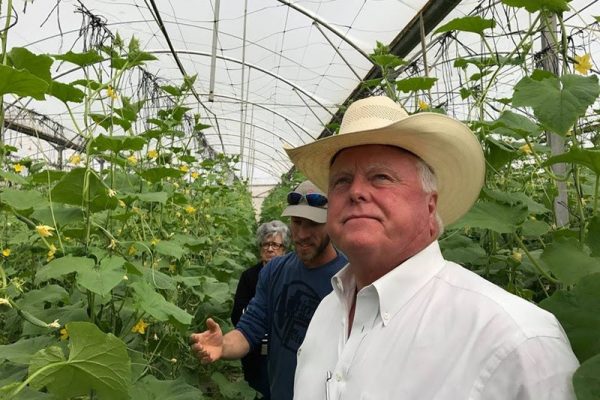 A groundbreaking deal has been signed between the State of Texas and the Samaria Regional Council. The first-ever trade agreement between a US state and Jewish communities in Judea and Samaria, it affirms Israel’s rights to the land. While others boycott Judea and Samaria, Texas has now delivered a clear message of economic cooperation.

“I think the Jewish community, the Jewish state needs to reclaim all of its land. I don’t have a problem with that at all. The sooner the better. It has been in dispute for years and years and it will continue to be that way. But my personal opinion is that they (the Jewish people) should be able to settle anywhere in the holy land if they want to.

Please, email Commissioner Miller and thank him for this important initiative.

He can be contacted at: millerfortexas@gmail.com

Here is a sample email you can send:

I would like to thank you for initiating a trade deal between the State of Texas and the Samaria Regional Council.

The strong alliance between Israel and the United States is founded on shared values. Your stance against the BDS movement and for Jewish rights to all of the land of Israel strengthens this bond.

We hope to see many officials, both in Texas and beyond, follow your courageous leadership and encourage trade between our two countries. 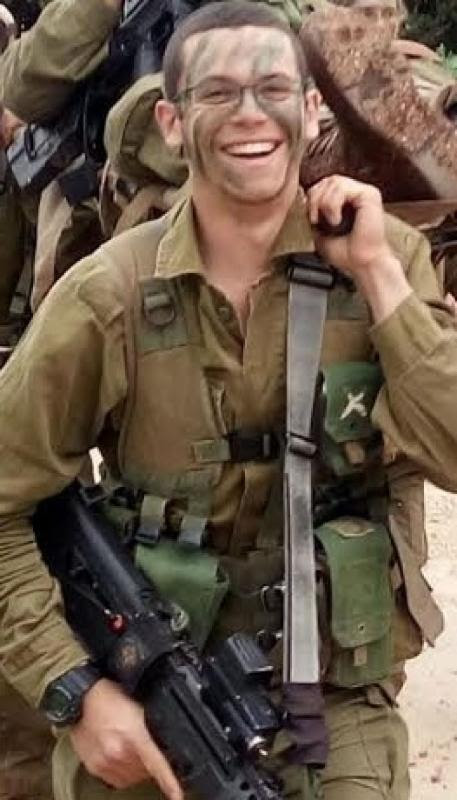 Elhai Taharlev, the 20-year old Golani Brigade soldier who was murdered in a ramming attack earlier this week was laid to rest in the military cemetery on Mt. Herzl today.

A resident of the town of Talmon in western Samaria, Elhai was an alumnus of the Mekor Hayim yeshiva high school in Kfar Etzion and Tekoa Hesder Yeshiva. He is survived by his parents and six siblings.

Taharlev was a friend of the three murdered boys – Naftali Fraenkel, Gilad Shaer and Eyal Yifrach – two of whom, Naftali and Gilad, also attended the Mekor Hayim yeshiva.

May Elhai’s family and friends be comforted among the mourners of Zion and Jerusalem.