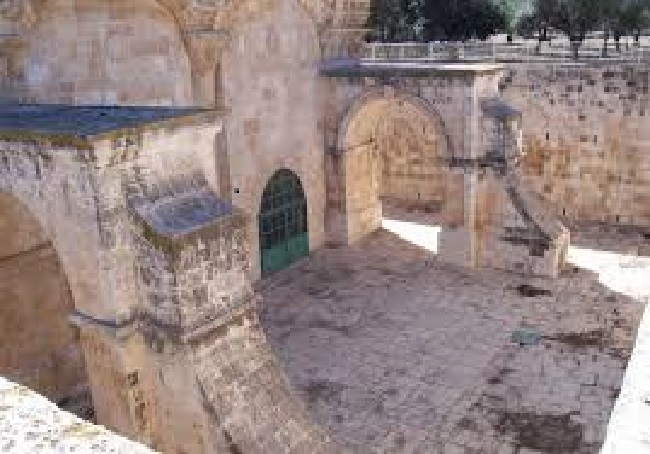 A gate serving to block the entrance of a section of the Temple Mount closed by Israel since 2003, has been removed by PA protestors.

This recent “flare-up” does not bode well for Israel and shows a”chipping away” of the Temple Mount for the Jewish people. Will Israel assert itself as having rights to control this area of the Temple Mount? Or will the status quo remain?

This latest calculated move was initiated by the new and more radical waqf council writes Nadav Shragal. Their goal is to challenge Israel’s closure of this site so it can reassert its control over the entire Temple Mount compound.

The status quo cannot continue. Israel must enforce its legal rights at the Temple Mount.

A reminder to our readers that HALIBA is the Israeli umbrella organization working “to re-claim for Jews the basic civil rights of free access, free worship, and free congregation on the Temple Mount.” HALIBA is an acronym for Hebrew, HaMeizam L’Khofesh Yehudi B’Har HaBayit – The project for Jewish freedom on the Temple Mount. Often referred to as The Temple Mount Heritage Foundation, it is led by its founder Yehuda Glick. The Israel Independence Fund (an organizatiion AFSI is closely aligned with) works with HALIBA to promote full Israeli sovereignty on the Temple Mount.