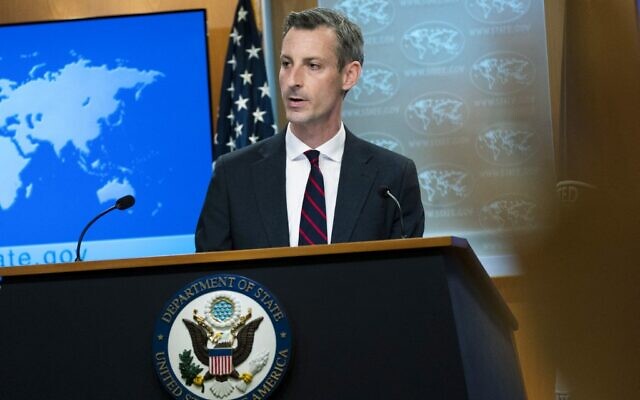 The Biden administration on Tuesday appeared to step away from urging Israel’s military to review its open-fire protocols in the wake of the killing of Palestinian-American journalist Shireen Abu Akleh. This comes after Israeli leaders expressed ire over the US’s suggestion.

The State Department called on Israel publicly last week to consider reforming its rules of engagement after the fatal May 11 shooting, which an Israeli probe found had likely been the result of errant Israel Defense Forces fire, as a way of providing accountability for her death. But the comments sparked a furious Israeli backlash, including from interim Prime Minister Yair Lapid, who fumed over the attempt to “dictate” Israel’s policies.

State Department spokesman Ned Price said, “No one knows the IDF’s processes and procedures better than the IDF, and so it is not on us or any other country or entity to say precisely what the IDF or any military or security organization around the world should do.”

Israel stood strong for its sovereign right to conduct business as it saw fit. The US got the message. The more Israel stands up for itself in every way the more the world will respect it instead of dictating to it.

Source:
US appears to back off pressuring Israel on IDF rules of engagement after backlash, by Jacob Magid/Times of Israel, September 14, 2022