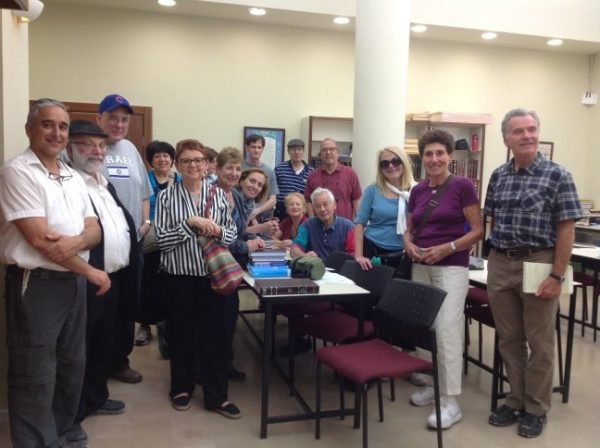 AFSI visited the new property that has been purchased by Ateret Cohanim which is an organization that is working to reclaim Jewish homes and other buildings in East Jerusalem. This building will house a mechina which is a school that students can attend for a year prior to entering the army. At the mechina they learn the more about the history and meaning of the land for which they will be fighting. 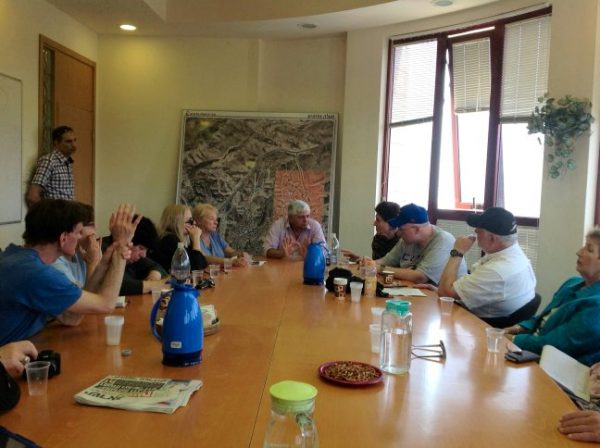 The AFSI group met with Benny Kashriel, mayor of Maaleh Adumim, on the outskirts of northern Jerusalem. The problems of the E1 corridor, connecting Jerusalem and the city, were discussed. U.S. surveillance of the area, and its intrusion into the decisions of the municipality, were revealed. We also spoke about the industrial zone which houses companies like Soda Stream, which are subjected to boycotts. The factories employ many Arab workers. 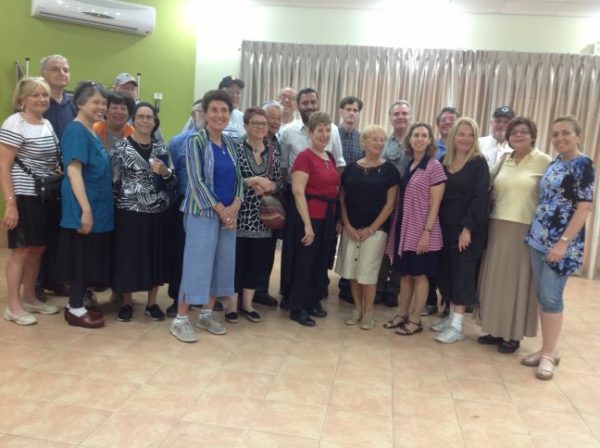 Mayor Alon Davidi, long-time friend of AFSI, greets the group on Yom HaZikaron in Sderot. He spoke to the group about the growth of the city, despite the ongoing shelling of Sderot by Hamas. 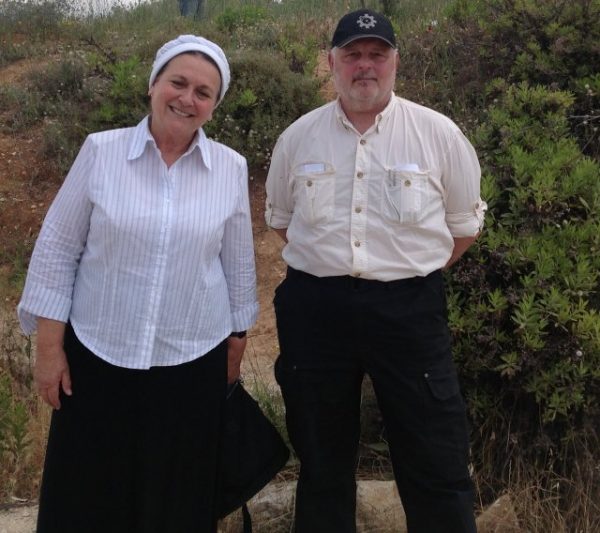 Daniella Weiss, former mayor of Kedumim and ongoing fighter for Israel has been one of the primary forces in the fight to keep the E1 corridor. Leon Szmedra, AFSI member and frequent mission participant has been doing all he can to help Daniella from his home in Rochester. AFSI is also a supporter of this vital cause.