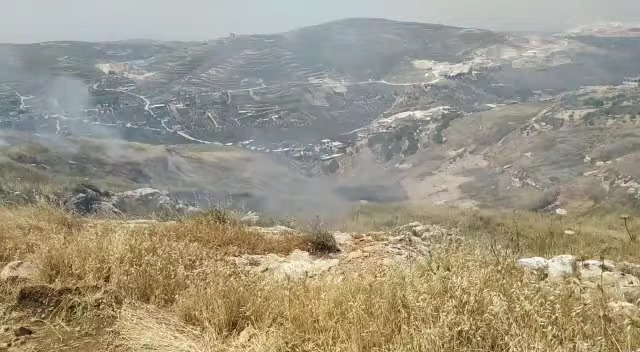 Arabs from the Arab village of Urif on Monday morning lit a fire near the Kumi Ori neighborhood of Yitzhar in Samaria.

Arabs set the fire near the Jewish neighborhood and shouted at IDF soldiers who were trying to secure firefighters.

AFSI has very close friendships with residents and officials in Yitzhar. We’ve traveled there on our Chizuk Mission trips many times. AFSI raised the money that installed fire breaks, which one resident told us has made an enormous difference. Our hearts go out to the residents of Yitzhar and we stand side by side with them as they work through this latest violation of Israel’s Sovereignty.