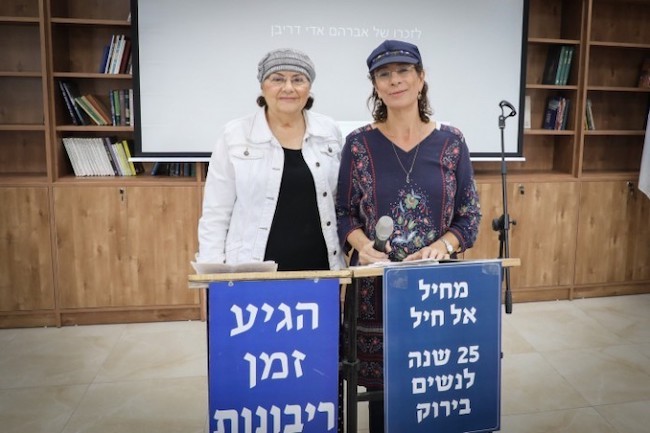 Rabbi Zvi Thau on Monday called for the creation of a 59-seat, right-wing coalition headed by Prime Minister Benjamin Netanyahu. This would rely on the parliamentary support of the Islamic party Ra’am and was initially refused by MK Bezalel Smotrich, who was joined by the Sovereignty Movement, headed by Yehudit Katsover and Nadia Matar.

Yehudit and Nadia sent out the following message by email and social media:

The Sovereignty Movement responds to the dramatic pressure that is being exerted to gain the agreement of the Right to establish a minority government with the support of the United Arab List (Ra’am):

“This pressure was expected with the approach of the expiration date of Prime Minister Binyamin Netanyahu’s mandate to establish a government; however, the stressful timetable is not sufficient to transform darkness to light and impurity to purity.

Establishment of a government dependent on supporters of terrorism constitutes a mortal blow to the ability of the government to promote the Zionist vision and dream.”