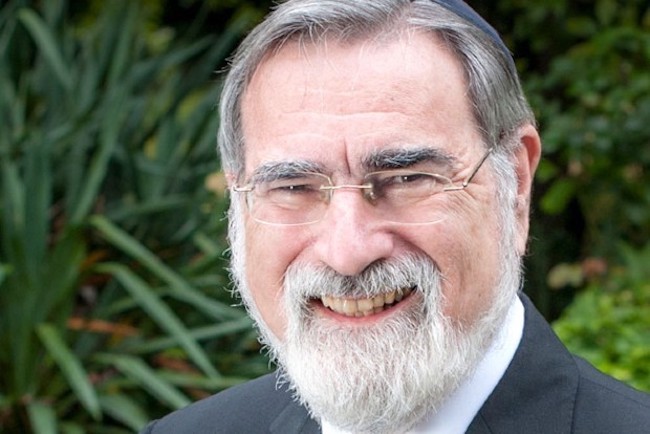 An international religious leader, philosopher, award-winning author and respected moral voice, Rabbi Lord Jonathan Sacks was awarded the 2016 Templeton Prize in recognition of his “exceptional contributions to affirming life’s spiritual dimension.” Described by H.R.H. The Prince of Wales as “a light unto this nation” and by former British Prime Minister Tony Blair as “an intellectual giant”, Rabbi Sacks was a frequent and sought-after contributor to radio, television and the press both in Britain and around the world.

After stepping down as the Chief Rabbi of the United Hebrew Congregations of the Commonwealth – a position he served for 22 years between 1991 and 2013 – Rabbi Sacks held a number of professorships at several academic institutions including Yeshiva University, New York University and King’s College London. Rabbi Sacks was awarded 18 honorary doctorates including a Doctor of Divinity conferred to mark his first ten years in office as Chief Rabbi, by the then Archbishop of Canterbury, Lord Carey.

May his memory be a blessing for us all. May his family know no more sorrow.

Visit Rabbi Sacks’ official website for the many hespidim (eulogies) delivered at his levaya (funeral) and to continue reading and learning from his enormous archive of writings and teachings.