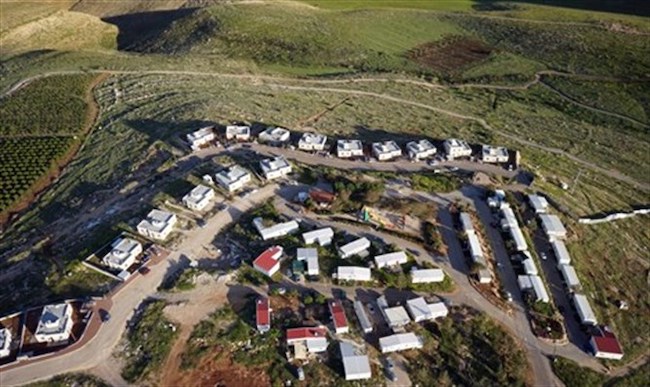 The community of Mitzpe Kramim received a huge win yesterday that ends a 17-year old battle. The immediate result of the Supreme Court’s ruling is that the 54 families of Mitzpe Kramim will not be forced to leave their homes. This reversal has the potential to serve as a domino effect for other communities in Judea and Samaria.

In a 4 to 3 decision the ruling determined: A real estate transaction made in good faith between the agency in charge of government-owned and abandoned property in Judea and Samaria and a buyer of any property that the agency considered at the time of the transaction to be government property, will not be disqualified even if it is proven that the property was not government-owned at that time. This applies only within the boundaries of the existing “settlement,” and while providing adequate compensation to the registered owners or to anyone who proves their ownership.

it should be noted that Arab “ownership” is primarily the result of land grants by Jordan. We challenge anyone to show that Jordan had any legal authority to make those grants under any international or other law. Should grants made with no legal authority be recognized at all?

In any event, established in 1999, Mitzpe Kramim is located on a mountain ridge overlooking the Jordan Valley in the Mateh Binyamin Regional Council. The ruling ends the nightmare that began in 2005 by Ariel Sharon, who used Attorney Talia Sasson to viscously attack the entire “settlement” enterprise. Sasson vigilantly and meticulously mapped every single spot where existing Jewish homes may have extended into Arab-owned territory and condemned all of them to demolition via court orders.

David Israel points out in his Jewish Press article that there may be even better news resulting from this week’s ruling: what worked for Mitzpe Kramim should work for an estimated 2,000 to 3,000 other Jewish homes in Judea and Samaria. Wherever Jews in Judea and Samaria can make the case that they purchased the land or it was given to them in good faith, believing it was not the private property of some local Arab, those homes will be safe.

This is amazing news and we hope it is the catalyst needed in Judea and Samaria to help protect the legal rights of the Jewish communities there. It also favorable that the judge in this case, Justice Noam Solberg, is a conservative – just saying. It should not be underestimated how badly the left-wing of the Supreme Court has hurt development in Judea and Samaria. We pray the tide is starting to turn.