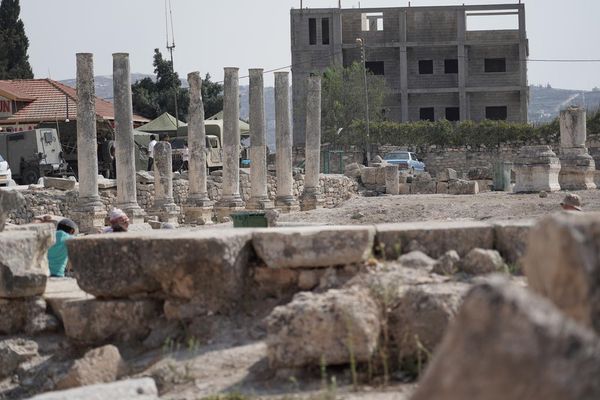 Arab vandals caused extensive damage to the Ancient Samaria heritage site in Tel Sebastia over the weekend, setting fire to parts of it and scrawling graffiti in Arabic on the ancient building stones.

Samaria Regional Council Head Yossi Dagan said, “time after time, the Palestinian Authority (PA) barbarically destroys historical and heritage sites in Judea and Samaria, and each time a new red line is crossed. “…the government is abandoning the most important heritage sites of the Jewish people. This is an attack on Israel’s heritage. It is not possible that in the heart of the country, our history will be trampled and erased,” he said.

The phenomenon of antiquity destruction is pervasive and affects all sites that are not under preservation, and a survey of the sites in Judea and Samaria shows that a staggering 95% of the archeological sites have been robbed, vandalized, or disturbed.

Israeli officials must act now to put a stop to this and protect those sites currently not under preservation. The PA’s destruction, vandalization and robberies of these heritage sites are nothing short of another tool in their arsenal of terrorism against Israel.