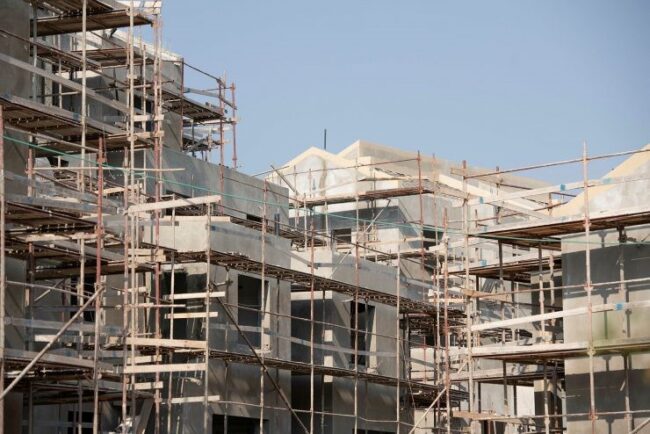 Construction of a total of 3,144 housing units throughout the areas of Judea and Samaria is expected to begin approval or be approved next week by the government of Israel.

At the same time the government will also approve the construction of almost 200 new homes housing for Palestinian Authority Arabs who live in Area C, where the residents are considered part of the PA, but where Israel is in complete control of security and local civil law enforcement. The planned PA Arab homes in Gush Etzion next to Alon Shvut, Khirbet Beit Zakariyyah, were removed from the list.

The news comes two months after a plan to build just 2,200 new homes was delayed because it did not get the official green light from the Civil Administration as the administrative body did not convene due to a workers’ dispute.

Similarly, the Jewish Community of Hebron last week celebrated the news that construction has begun in the historic Hezekiah (Hizkiyahu) quarter in the ancient city. The new neighborhood will be called “Hezekiah Quarter – Nachalat Chabad” and is being built on Jewish-owned property that belonged to the original Hebron Jewish community. It’s the first time in 20 years that Hebron has seen new construction for Jews.

Let’s keep in mind that actual initial and final approvals show that the Israelis will get 3,144 housing units. In the end, the PA Arabs in Area C will get 1,473 housing units. Area C is being given away to Arabs and scores of illegal housing are still not being taken down. Innumerable PA Arabs homes have gone up in Area C and there is no apparent attempt to stop it or demolish.

We appreciate Israel is moving forward with building up its legally owned land and exercising its Sovereign rights but the issue of PA Arab land grabs has not been dealt with.

Sources:
Report: More than 3,000 New Homes to Be Approved for Construction in Judea and Samaria, by Jewish Press News Desk, October 21, 2021