Thanks to the efforts of Aharon Pulver of the Israel Independence Fund, Friday began with a visit to the Yogev Project at Moshav Hazorim in the Galilee. There, they met with young Sherut Leumi women involved with agricultural work and lifestyle.

Situated a short distance west of the Kinneret, Moshav Hazorim was founded in 1939, primarily by German immigrants, as one of the original “Homah U’Migdal” (“Wall and Tower”) settlements, before the founding of the State of Israel. Situated 30 meters below sea level in the Yavniel Valley (between Tiberias and Yavniel), Moshav Hazorim has a beautiful, uninterrupted view of the Galil, with low mountains in the backdrop and open rolling fields surrounding the Moshav. 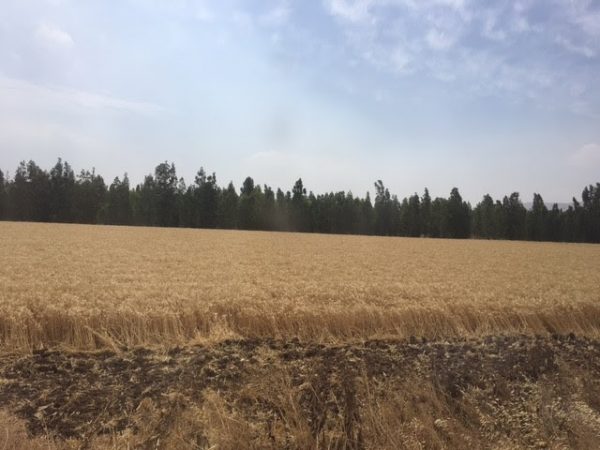 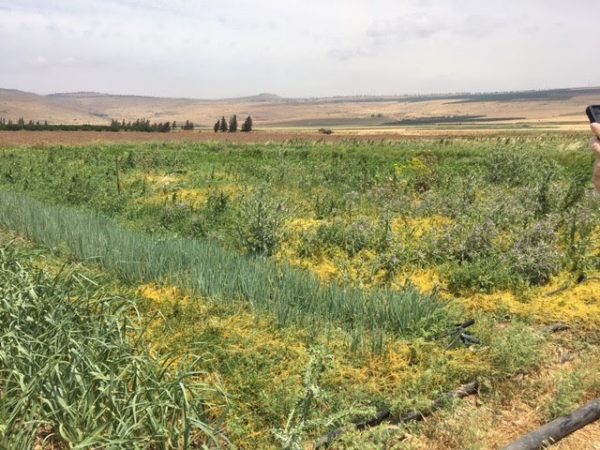 Due to a large Arab majority in much of the Galilee (approximately only 35% of the population is Jewish), there have been numerous efforts to spur Jewish settlement in this beautiful part of Israel. One program involves recruiting young people – mostly women – who are just out of army or National Service. This program has become popular as more and more farmers are interested in these workers, and individuals who participate are sending glowing reports to their friends. The young women involved hope that they may eventually bring families to also take part in this endeavor, so critical to Israel holding on to the land.

From here, the group traveled to Nazareth Illit (Upper Nazareth), where they met with Mayor Ronen Plot, who is the former Director General of the Knesset, and with Deputy Mayor, Alex Gadalkin. 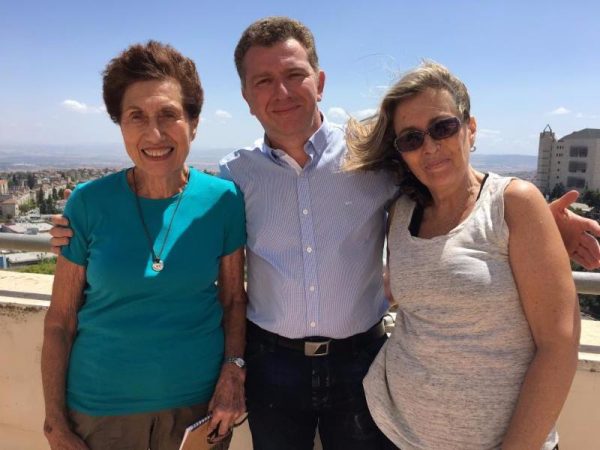 Upper Nazareth in the Galil is extremely important strategically, as most of the surrounding communities are Arab. There is great need for additional Jewish settlement, and there is a concerted effort to attract Jews of all stripes, from the Zionist-oriented secular to the ultra-Orthodox.

Approximately 50% of the immigrants to Upper Nazareth are from the Former Soviet Union, and a number of B’nai Menashe are also being absorbed. Unemployment is low, and it is estimated that at least 95% of new immigrants get work. There is an effort to connect the town to other parts of Israel, including a government commitment for a train to Haifa. The town’s industrial zone is next to Arab villages, and defense industries are locating there to help strengthen the town.

Finally, the group arrived at the ancient city of Tsfat for a restful and enjoyable Shabbat.