The AFSI Chizuk Mission spent Thursday touring the Golan Heights with Yifa Sigal, Director of the International Legal Forum. The ILF is a nonprofit proactive legal “hub” centralizing efforts of lawyers, organizations and activists worldwide, in their fight to promote justice, peace and equality in Israel and the Middle East. The ILF provides them with much-needed knowledge, strategic planning, research and international networking in order to successfully tackle human rights violations, radical ideologies, terror and the BDS movement.

The photo above is of the AFSI group on Har Bental, a must-see spot on the Golan. From the overlook here, one can see Mount Hermon (3,000 meters above sea level), several Druze villages as well as a network of old bunkers and trenches. Just to the east of Mount Bental is Syria, with Damascus lying just 60 km away. In the Yom Kippur War of 1973, Mount Bental was the site of one of the largest tank battles in history.

Mount Bental is a key strategic point for Israel due to its advantageous observation point. Israel knew it count not risk losing this mountain, nor any of the Golan Heights. In 1973, the Syrians attacked the Golan with 1,500 tanks and 1,000 artillery pieces. Israel countered with only 160 tanks and 60 artillery pieces. The long stretch of valley in between Mount Bental and Mount Hermon became known as the Valley of Tears. The 100 Israeli tanks were reduced to seven under extreme enemy fire. However, the Israelis managed to take down 600 Syrian tanks in the process. The Syrians eventually retreated, but not without inflicting heavy Israeli casualties. 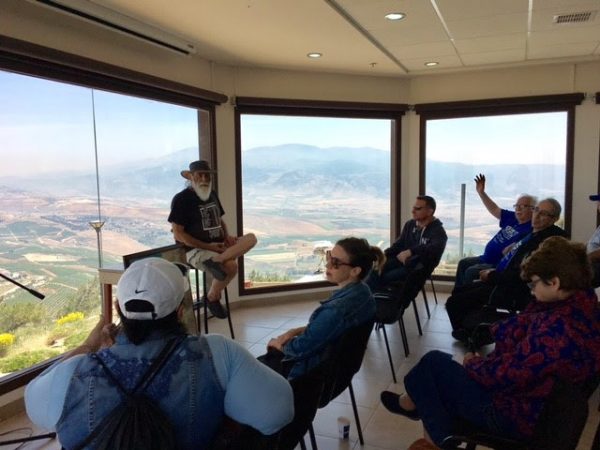 Being instructed on the significance of the Golan Heights to Israel 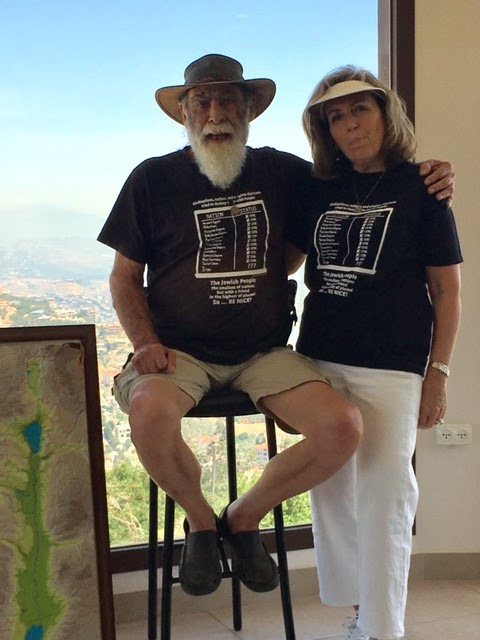 Eli Cohen was perhaps the most famous spy in Israeli history. He developed a Syrian personage while in Argentina and then infiltrated Syrian Intelligence for the Israeli government. He was able to act to stop the diversion of water from Syria to Israel before the 1967 Six-Day War. He also convinced Syrians to plant eucalyptus trees over bunkers on the Golan, giving Israel the ability to pinpoint the bunkers. He met a tragic end in 1965 when he was discovered and hanged. The whereabouts of his remains are still unknown 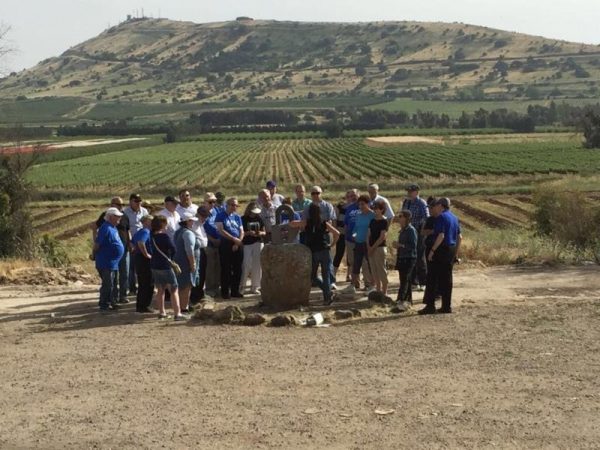 At the monument to Eli Cohen, “Our Man in Damascus” with fields and hills in the background 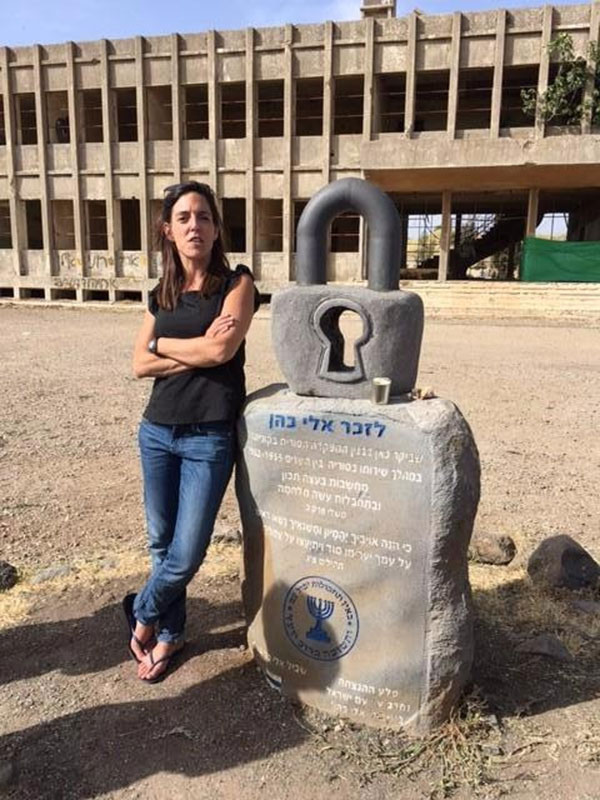 Yifa Sigal in front of monument to Eli Cohen 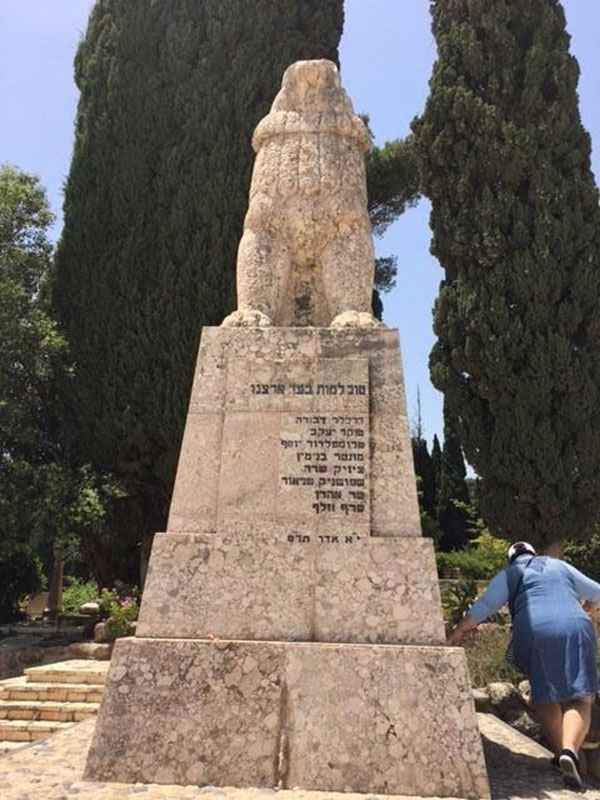 A monument to fallen heroes on the Golan 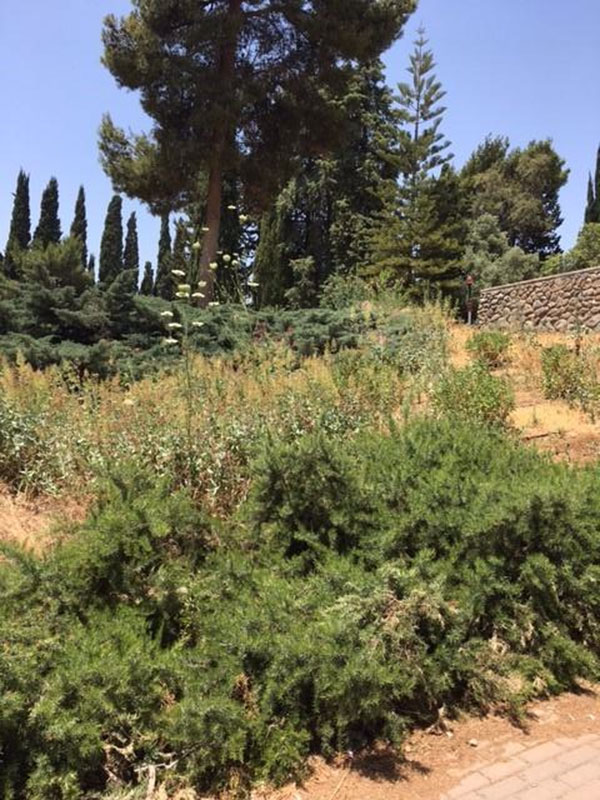 Greenery on the Golan

Why is CUNY Honoring Sarsour on Shavuot?

The following is Helen Freedman’s letter to the editor of The Jewish Week, just published.

Charles S. Temel and Michael S. Miller of the Jewish Community Relations Council of New York are to be commended for their excellent essay regarding Linda Sarsour as the wrong choice for CUNY’s School of Public Health commencement speaker (“Why Linda Sarsour Is Wrong Choice As CUNY Speaker,” Opinion, May 5).

The article brilliantly lays out the amazing contributions Israel has made to the medical profession and the field of public health, from which countries and individuals world-wide derive benefits they would not otherwise have. The authors also state that “what we find so deeply offensive are Sarsour’s ongoing activities as an advocate to delegitimize and ultimately eliminate, the Jewish and democratic State of Israel.”

In addition to all the reasons cited in the piece, June 1, the day of the graduation, is the second day of Shavuot, when Jews in the diaspora go to synagogue to say Yizkor for the deceased. What happened to respect for the Jews attending CUNY?