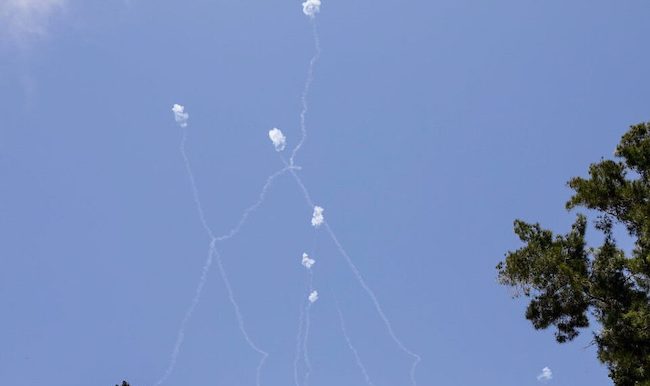 Palestinian terror groups on Monday resumed rocket attacks on southern Israel for the first time since the end of the 11-day Gaza war back in May.

Rocket alert sirens sounded in the afternoon hours in the city of Sderot as well as border communities of Avivim, Nir Am and Erez.

The Israeli military confirmed that one rocket launch from Gaza had been detected and the projectile was intercepted by the Iron Dome aerial defense system.

According to Islamic Jihad, the rocket fire is in revenge for the deaths of four Palestinian Authority Arabs who fired at IDF soldiers operating Sunday night near Jenin. The rocket was fired during the funeral for two of the terrorists who were eliminated in the shootout.

Sdot Negev Regional Council Head Tamir Idan called on the Israeli government to respond harshly to the rocket fire. “We are once again witness to a trend in which terror organizations dare to lift their heads and harm Israel’s residents. We cannot accept a situation in which there is rocket fire from Gaza and ‘drizzles’ of rockets. We demand that the government respond harshly and immediately, and cut down without delay anyone who attempts to harm us.”

Sources:
Southern Israel under Gaza rocket fire for first time since May war, by Ynetnews.com, August 16, 2021