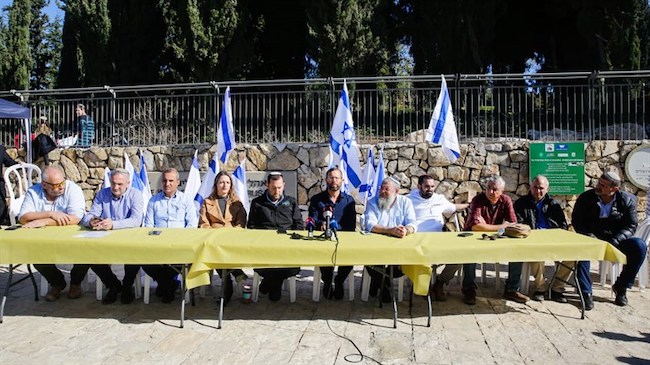 The leaders of the Jewish communities in Judea and Samaria issued a special message to their residents strongly criticizing the conduct of the current government. They are calling on the residents to attend a demonstration tonight in front of Prime Minister Naftali Bennett’s office.

An excerpt from the letter reads: “In this situation, we can no longer remain silent. We have decided to establish a joint headquarters for the councils in Judea and Samaria and to embark on a comprehensive and broad struggle until the situation changes substantially both on the ground and in all of this government’s treatment of the residents of Judea and Samaria. Today, the 1-month anniversary of the murder of Yehuda Dimmentman, we will all stand before the Prime Minister’s Office in Jerusalem and say: Enough.” Unfortunately, senior government ministers are joining the time-consuming campaign of hatred of the far-left organizations against the residents of Judea and Samaria…… these ministers and the entire government have lost their right and their legitimacy to continue serving the public in Israel.”

We support the Yesha leaders call for those in Judea and Samaria to rise up and call for Bennett’s government to step down. Serving the Arabs is not what he was voted in for. We remain disgusted with Bennett’s 180 degree turn around, the opposite of what he campaigned on.