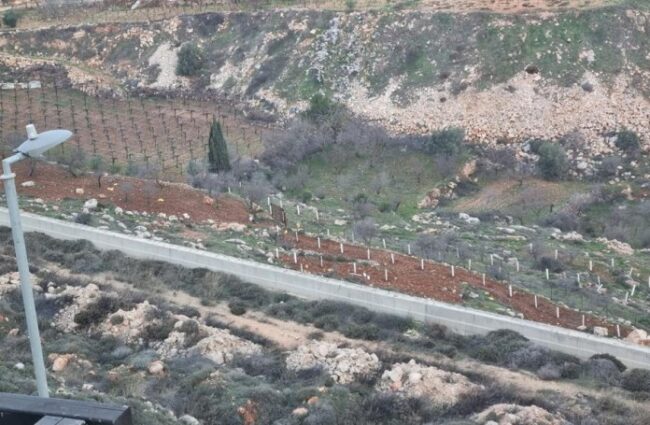 Yesterday, KKL-JNF halted their tree planting activities in the Negev. The debate is raging as to whether the cessation was pre-planned or a result of the existential threat it was causing Prime Minister Naftali Bennett’s coalition.

The Ra’am party informed Bennett’s coalition that they would boycott the Knesset plenum for the foreseeable future until the planting stops. This makes passing laws next to impossible for the Lapid-Bennett government.

Zeev Elkin, Minister of Construction and Housing, told Reshet Bet radio yesterday that despite the riots of the Bedouin in the Negev, the planting will continue.

The Regavim Movement decried the government’s capitulation, charging this decision as continued “protection payments” to Mansour Abbas that make the next round of violence and domestic terrorism inevitable. “The Ra’am Party and the Bedouin know full well that they can dictate to the government through the use of political pressure, strongarm tactics and violence. When you cave in to terrorism and blackmail, you invite the next round of violence.”

The latest update, and to prove Regavim’s point, Arab farmers planted a massive grove of hundreds of olive trees along the northern border of the Dagan neighborhood of Efrat. Some of the planting took place secretly overnight.

Violence and riots are now hitting the Negev and there is no one to blame but Bennett’s pathetic coalition. Organized PA takeover of legally owned Jewish land – and some of it strategic – continues at an alarming pace. Israel’s government has been warned time and again of this problem and with no constructive action being taken they continue to cave in to terrorism.