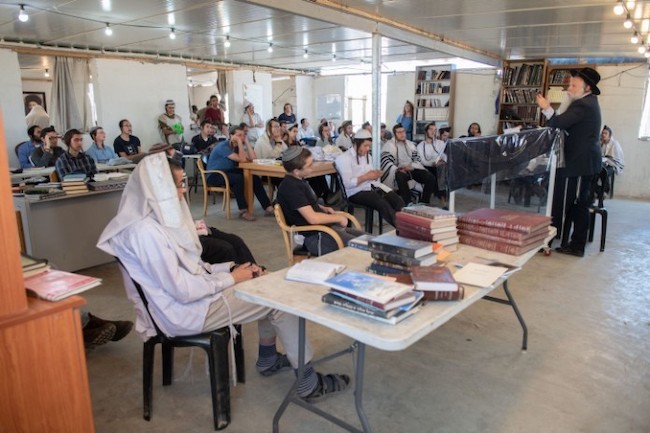 According to the approved outline, Evyatar’s residents will leave the place by the end of the week, all the homes will remain intact, and the defense ministry will establish a base for an IDF company on the grounds immediately.

Then, on Rosh Chodesh Elul, in about six weeks, a new Hesder yeshiva will be established on the site, which will employ some of the residents and provide housing to the students.

Meanwhile, a directive will be issued to the Coordinator of Government Activities in the Territories to complete a land survey of the area within six months. That land will be cleared by the survey and be declared state land, on which a community will be established in coordination with the prime minister, the defense minister, the head of the Samaria regional council, and the Nahala movement.

Otzma Yehudit chairman MK Itamar Ben-Gvir stated that the outline is “ludicrous,” seeing as the Israeli government regulates thousands of Bedouin homes in the Negev, there’s no reason why they shouldn’t regulate the settlement of Evyatar.”

Though opposing in their viewpoints, both Ben-Gvir and Dagan are right. We are grateful that Evyatar is not slated for full demolition like other Jewish communities in Judea and Samaria have been in the past. That a compromise had to be reached on legally owned Jewish land to examine if the ‘outpost’ can be legalized troubles us. It doesn’t sound like full Sovereignty is being enforced.