Whether one has agreed with it or not, Israel has several times in its history stated its willingness to the establishment of a Palestinian State in Judea and Samaria. Of course, as Prime Minister Netanyahu explained yesterday, the prerequisites for the Arab side have been consistent for decades, and include recognizing Israel as a Jewish state, and agreeing to Israeli security control from the Jordan River westward.

The Arabs never agreed to these conditions, and regardless of where the boundaries would be, or how big or small the Jewish state would be, have emphatically stated they would never agree to them. Thus, the idea of a “two state solution” was stillborn from the beginning, whatever one considers “the beginning”.

Islam teaches that Muslims cannot make peace with Israeli Jews as Israel is on land which religious Muslims regard as Islamic. And, it is considered the duty of Muslims to take this land back from the Jews – using any means – and that peace with the State of Israel is against everything that Islam stands for.

The Arabs instigated pogroms and terrorism against Jewish communities in Israel in the early 20th century, continuing through today. They have never recognized Jewish sovereignty in any part of Israel, including Dizengoff Street in Tel Aviv.

In September 1993, after secret talks in Norway between leftist Israelis and Palestinian Arabs (without the knowledge of the Israeli government), the Oslo Accords were officially signed at a public ceremony in Washington, D.C. We all remember the infamous handshake on the White House lawn between then Israeli Prime Minister Yitzhak Rabin and PLO terrorist-masquerading-as-diplomat, Yassir Arafat.

The Oslo Accords marked the start of the Oslo process, which was supposed to be a “peace process” aimed at achieving a peace-treaty based on UN Security Council Resolutions 242 and 338. The Accords created the Palestinian Authority, and enabled the terrorist PLO organization led by Arafat to gain entry into Judea and Samaria.

These accords were a nonstarter from the beginning, and resulted in years of horrendous Arab terror against Israelis, with thousands of dead and wounded.

It is common belief that Arafat’s Fatah, the group that represented the Palestinians in the negotiations, accepted the accords. Hamas, Palestinian Islamic Jihad and the Popular Front for the Liberation of Palestine objected to the accords because their own charters refused to recognize Israel’s right to exist in any part of “Palestine”, as per Muslim religious doctrine described above. But did Arafat really accept the accords?

Here is the truth about Arafat. On May 10, 1994, in a mosque in Johannesburg, South Africa, Arafat said the following:

“In the name of Allah…believe me, there is a lot to be done. The Jihad will continue…Our main battle is Jerusalem. Jerusalem…And here we are, I can’t- and I have to speak frankly- I can’t do it alone…No, you have to come and fight and to start the Jihad to liberate Jerusalem…No, it’s not their (Jews) capital.. It is our capital. It is your capital…

“This agreement,  (The Oslo Agreement) I am not considering it more than the agreement which had been signed between our prophet Muhammad and Koreish, and you remember that the Caliph Omar had refused this agreement and considered it a despicable truce …But the same way Mohammed had accepted it, we are now accepting this peace effort.”

…From my heart, and I am telling you frankly from brother to brother, we are in need of you. We are in need of you as Moslems, as warriors of Jihad. Again I have to say…onward to victory, onward to Jerusalem! They will enter the mosque as they entered it before.'”

The agreement Arafat was referring to was known as the Truce of Hudaybiyyah, a false truce which Mohammed used to enable his army to regroup and regain strength to continue fighting, while falsely promising peace.

This was Arafat’s true face – once a terrorist, always a terrorist. He had no plans for peace, not even non-violence. His plan was to use the Oslo Accords to gain a foothold in Judea and Samaria, and use it as a springboard for continuing the war against the Jews of Israel.

Today, the head of the Palestinian Authority, Mahmoud Abbas, refuses to recognize Israel as a Jewish State, just like Arafat. Is there really a difference between the two men, except one wore a military uniform and one a tailored suit?

Whether there is one state, two states, three states or four, would the Arabs recognize one of those states as a Jewish state?

We aren’t holding our breath.

AFSI missions provide chizuk for our friends in Israel. This week, several of our “settler” friends from Israel are visiting the US and we had the opportunity to meet, and receive chizuk from them! 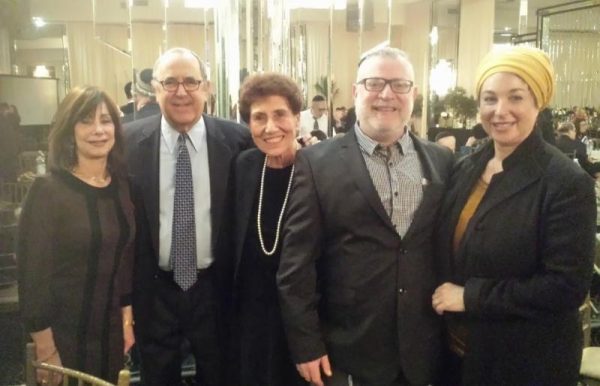 Rabbi Moshe and Leah Goldsmith of the “settlement” of Itamar with (l-r) Arlene Fox, Charlie Bernhaut and Helen Freedman 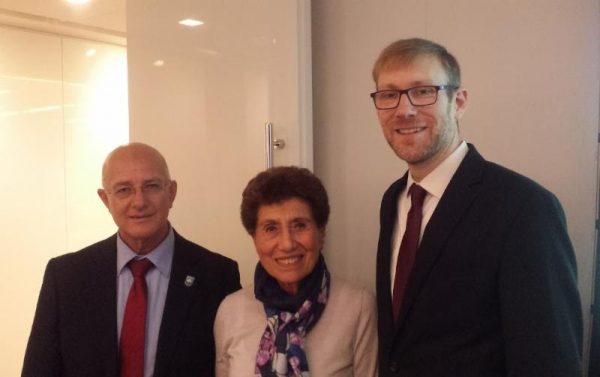