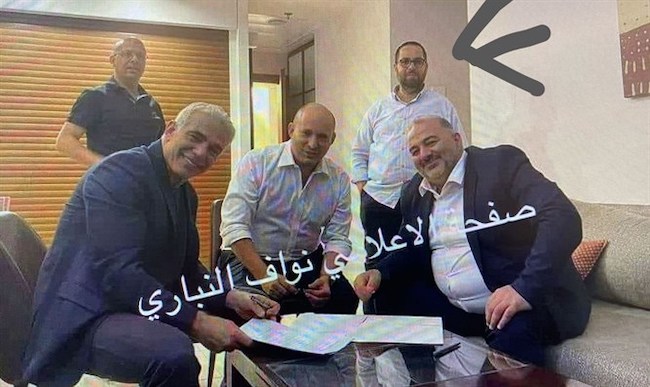 The Ad Kan organization, together with the Choose Life forum for bereaved families, revealed over the weekend on Channel 13 how elements in the Islamic Movement acted to transfer funds to Hamas through the nonprofit Aid 48. Elements within the Movement are also senior members of the United Arab List (UAL) party and helped draft the party’s coalition agreement. This revelation suggests that Ra’am is transferring funds it receives from the Lapid-Bennett coalition to the Gaza Strip.

The investigation shows that Razi Issa, a senior member of the UAL party who serves, among other things, as chairman of the Islamic Movement’s general assembly that sets the UAL’s list for the Knesset and is a member of the Shura Council, visited Gaza in his position as director of the Aid 48 organization. The investigation shows that during his visit to Gaza, he met with Razi Hamed, a senior Hamas official who even publicly thanked the organization for its contribution to Gaza. It was also revealed that the director of the association is Azhar Shaharur, the sister of the terrorist who in 2002 attacked the Park Hotel and that her husband and son are part of the Islamic Jihad terror group.

Ad Kan director Gilad Ach, whose organization conducted the investigation, commented: “For the first time in the history of the State of Israel, the Israeli taxpayer is funding a terrorist organization responsible for the murder of Israelis. The state budget must not be passed in its current form in which it injects billions into the Islamic movement. We call on the Zionist elements in the coalition to stop this deal with the devil and take action to rectify the situation. It’s not too late.”

AFSI applauds the important investigative work of Ad Kahn (incubated and funded by our activist colleague organization, the Israel Independence Fund). There is no transparency on the actions of the Bennett-Lapid coalition but it does appear to us that they are secretly appeasing the PA at the expense of the Jewish Nation State. With that said, and based on the next article in this newsletter, appeasement of the PA Arabs leaves us troubled, deeply worried, and remains our worst nightmare.