Yesterday’s Abraham Accords and Bahrain-Israel peace agreement signings were historic and has the potential to redefine life in the Middle East.

However, old ways of Arab thinking were still on display at The White House ceremony on Tuesday. As both agreements were being signed, rockets from the Gaza Strip were fired into Israel’s south. Thirteen Israelis have been injured with one in serious condition. Still, that is thirteen more injuries and much more psychological damage than is acceptable.

One Arab representative in the ceremony spoke of “Palestinian territories” – a term that reflects decades Arab hatred of Israel and attempts to delegitimize it.

With the full text of the Abraham Accords released, we now know that neither agreement mentions anything related to Sovereignty over Judea and Samaria or putting a two-state solution back on the table for discussion. Even though Sovereignty is temporarily (and we hope very briefly) on hold, it is still appears to be a win for Israel.

AFSI took note of this section of the Abraham Accords:
2. General Principles: The Parties shall be guided in their relations by the provisions of the Charter of the United Nations and the principles of international law governing relations among States. In particular, they shall recognize and respect each other’s sovereignty and right to live in peace and security, develop friendly relations of cooperation between them and their peoples, and settle all disputes between them by peaceful means. 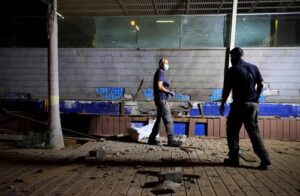