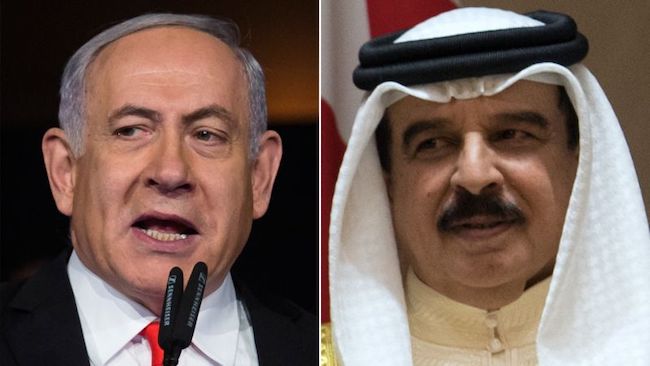 Just a few moments ago, I hosted a historic call between Prime Minister Benjamin Netanyahu of Israel and King Hamad Al Khalifa of Bahrain. Both leaders expressed their condolences as well to the American people on this very, very tragic, horrible event that took place on September 11th. And they very much meant it. I want to thank them for that.

There’s no more powerful response to the hatred that spawned 9/11 than the agreement that we’re about to tell you. You will hear something today that’s, I think, very, very important for not only the Middle East but for the world.

In the spirit of peace and cooperation, both leaders also agreed that Bahrain will fully normalize its diplomatic relations with Israel. They will exchange embassies and ambassadors, begin direct flights between their countries, and launch cooperation initiatives across a broad range of sectors, including health, business, technology, education, security, and agriculture. This is a truly historic day.

Source:
Remarks by President Trump on the Announcement of Normalization of Relations Between Israel and the Kingdom of Bahrain – The White House Official Statement. September 11, 2020