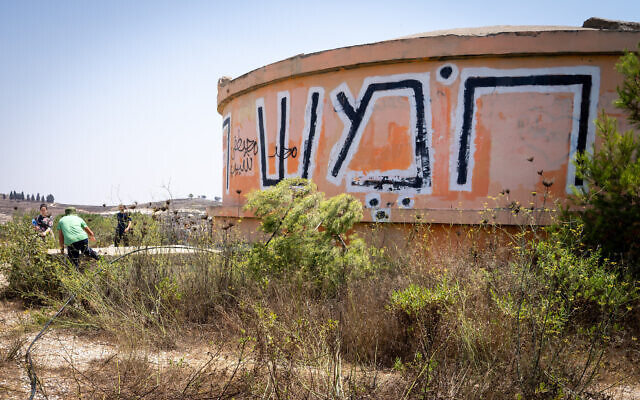 The Ra’am party celebrated Tuesday the authorization of over NIS700 million to the Arab sector, the majority of which will go towards construction. However, the Homesh community in Samaria was threatened once again with destruction this week.

Can we take comfort in the fact that dedicated Zionists, such as MK Ayelet Shaked, are fighting tooth and nail to save Homesh while MK Benny Gantz continues on Prime Minister Naftali Bennett’s train wreck of appeasing the Arabs? Gantz has stated that Homesh will be evacuated since “Israeli law requires it.”

On a Jerusalem Day event, Prime Minister Naftali Bennett responded to a student’s question about the evacuation of Homesh: “Common sense should be exercised in terms of whether, when, and how.” He couldn’t be more vague and non-committal in his response, which should have been words that reflect the Zionist commitment to Homesh being the lawful land of Israel not to be demolished. Bennett should define what “common sense” means. It is clear now (as it was to most of us) the entire disengagement was against common sense. What makes sense is to restore full sovereignty of everything that possibly can be restored to the State of Israel. That certainly includes Homesh. Our readers will not be mollified with a murky decision that many expect whereby the government decides that Homesh should be evacuated and without setting a date for carrying out the decision. Too many political games!

Today the state is expected to submit its answer regarding the proposed evacuation of Homesh. We pray for a miracle.

Sources:
Shaked to do ‘everything’ to prevent evacuation of illegal West Bank outpost Homesh, by Carrie Keller-Lynn/Times of Israel, May 25, 2022

Homesh community to be destroyed, Gantz says; Arabs get millions for construction, by Batya Jerenberg/World Israel News, May 25, 2022

Bennett on Homesh evacuation: We need to act with common sense, by Hezki Baruch/Israel National News, May 24, 2022