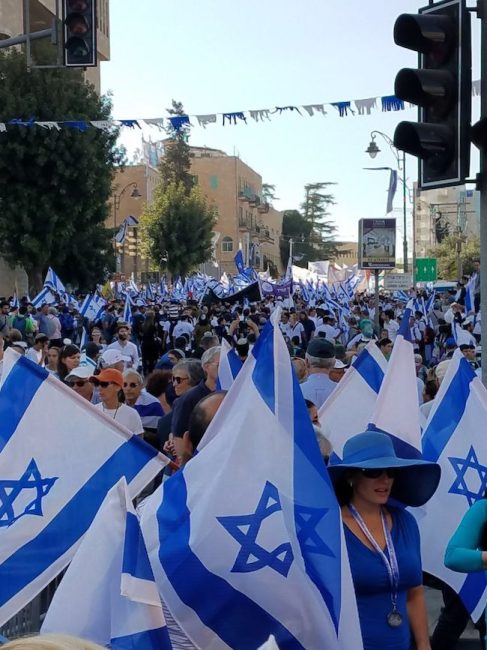 The U.S. administration today appealed to Israeli officials to express their concern over what they see as the “controversial right-wing” flag march this weekend and its route through the Muslim Quarter of the Old City of Jerusalem.

Sderot will deploy mobile bomb shelters amid concerns Palestinian terrorists could fire rockets toward Israel during this joyous march in the Old City on Sunday.

Israelis will proudly march through the route of concern to the US. Not one Israeli will incite violence with stone throwing, setting fires or shooting rockets. AFSI Chizuk missions have watched and joined in this joyous celebration numerous times throughout the years. As always, this will be a peaceful celebration while the threat of terror forces Israelis to increase security in the event of an attack. Hamas is already urging their followers to disrupt the flag march. The US needs to face the truth and express their concerns to the people who are the real problem. By not doing so, they enable the problem they wish did not exist.