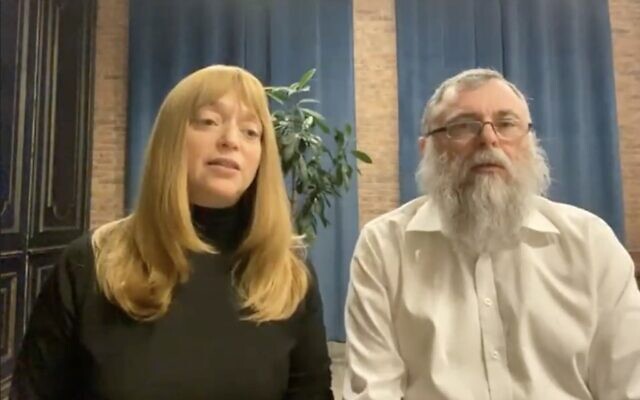 A lead rabbi in the Ukrainian capital of Kyiv on Thursday said dozens of people were sheltering in his synagogue, where he and his wife had stockpiled tons of food, fuel and mattresses in expectation of the Russian invasion that finally came overnight.

Rabbi Jonathan Markovitch and his wife Inna said hundreds of Jews still remained in Kyiv, mostly those who lacked the means to escape the city before the attacks started early Thursday morning. Those who did not leave before 6:30 a.m. were now stuck inside the city as the roads around it had become completely clogged with civilians trying to flee the fighting, they said.

Read the statement issued by The Jewish Agency For Israel on the steps they are taking to address various needs due to the escalation in Ukraine.

Source:
Kyiv rabbi opens synagogue as a refuge: ‘No bomb shelter, but we can be together’, by Judah Ari Gross/Times of Israel, February 24, 2022